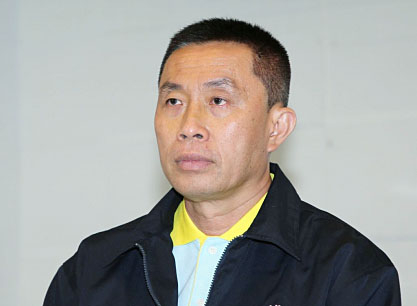 Saksayam said the rubber barriers must be built to sustain the impact of vehicles running at the speed of 120 kilometres per hour.

The switch could reduce casualties from road accidents while also helping to shore up the price of rubber latex and so benefit farmers.

The minister said the two departments would also be able to save money, and be able to shift the money used to build road islands toward instead expanding rural roads from two lanes to four lanes.

Saksayam said he would this week convene a meeting of the State Railway of Thailand, the Highway Department, Rural Roads Department, the Expressway Authority of Thailand, and the Airports of Thailand Plc to instruct them to maximise the use of rubber latex and sheets in their projects.

He said the agencies of the Transport Ministry will be told to use rubber in as many ways as possible in their construction projects and that they must find new ways to use rubber apart from paving roads with it.

Saksayam said he has received a report that the Highway Department and the Rural Roads Department have used only 50,000 tonnes of rubber sheets this year while the ministry had aimed to use 500,000 tonnes a year.

Saksayam was speaking to reporters while making an inspection trip to check two U-turn points on highway No 225 in Buri Ram’s Muang district following complaints from local people.

Locals have complained that the two U-turns are two kilometres apart and located on a curves in the four-land road, making it difficult to make a U-turn.

Saksayam said he had instructed the Rural Roads Department to build a tunnel between the two spots for a U-turn to reduce the potential accidents. The construction will begin next year, he added.