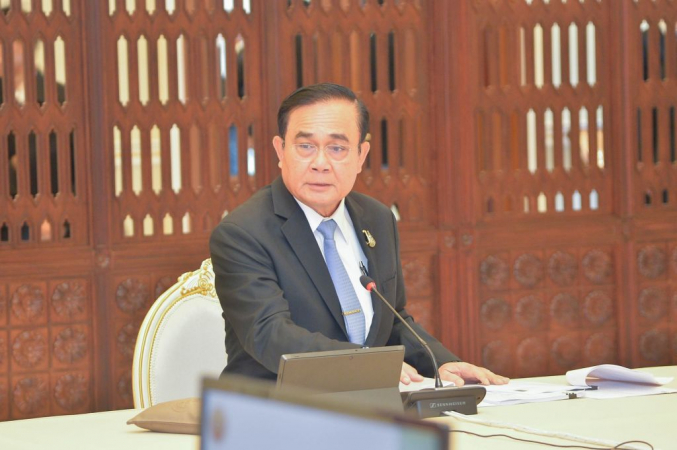 A debate in which the opposition parties plan to grill the prime minister for failing to complete the oath of office with the Cabinet as required by the charter may not be held within this month, a deputy House speaker said on Sunday.

Supachai Phosu said officials are now in the process of verifying the motion submitted by the opposition under Article 152 of the constitution.

The opposition has accused the prime minister of failing to include the concluding phrase, which swears to protect the Constitution and adhere to its provisions, when he led his Cabinet in taking the oath in front of the King.

Such a failure, the opposition argued, should mean the tenure of the new Cabinet was invalidated.

Supachai said officials would submit a motion for him to consider, along with their opinion, within Wednesday and then he would put it on the House agenda.

He added that the timing of the debate on the issue would depend on both the government and the opposition as the two sides must agree on the debate’s timing.

But Supachai said he thought the debate could not be held within this month because the drafting of meeting regulations for MPs has not yet been completed.

As a result, the debate would be conducted in line with a censure debate against Prayut, but without an actual censure vote at its conclusion.

Supachai said the prime minister should be present when the debate is held to speak to the issue before MPs. The debate will be held under a charter provision and it will not be an interpolation in which the prime minister may assign others to answer the opposition’s questions on his behalf.

Earlier, Prayut publicly apologised to his Cabinet members over the issue and said he would take sole responsibility, but he stopped short of acknowledging any violation of the charter as alleged by the opposition.

Legal experts have advised him to either resign or to seek a royal pardon to end the controversy once and for all.