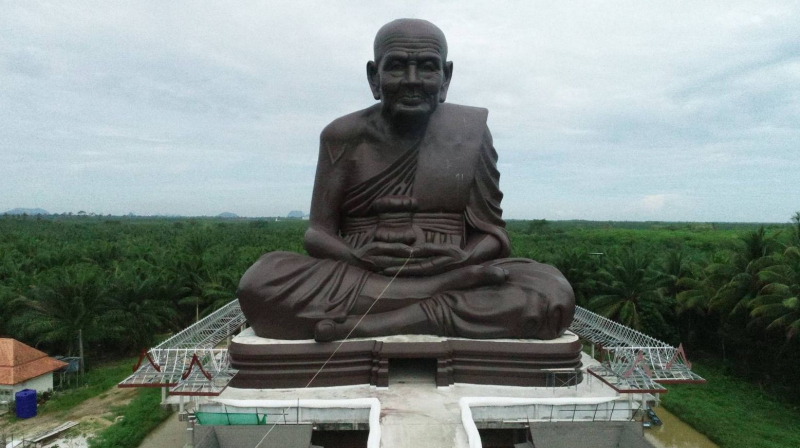 A massive statue of a monk in the meditation position  is nearing completion, the abbot of the temple in southern province of Surat Thani where it is located, said on Monday. 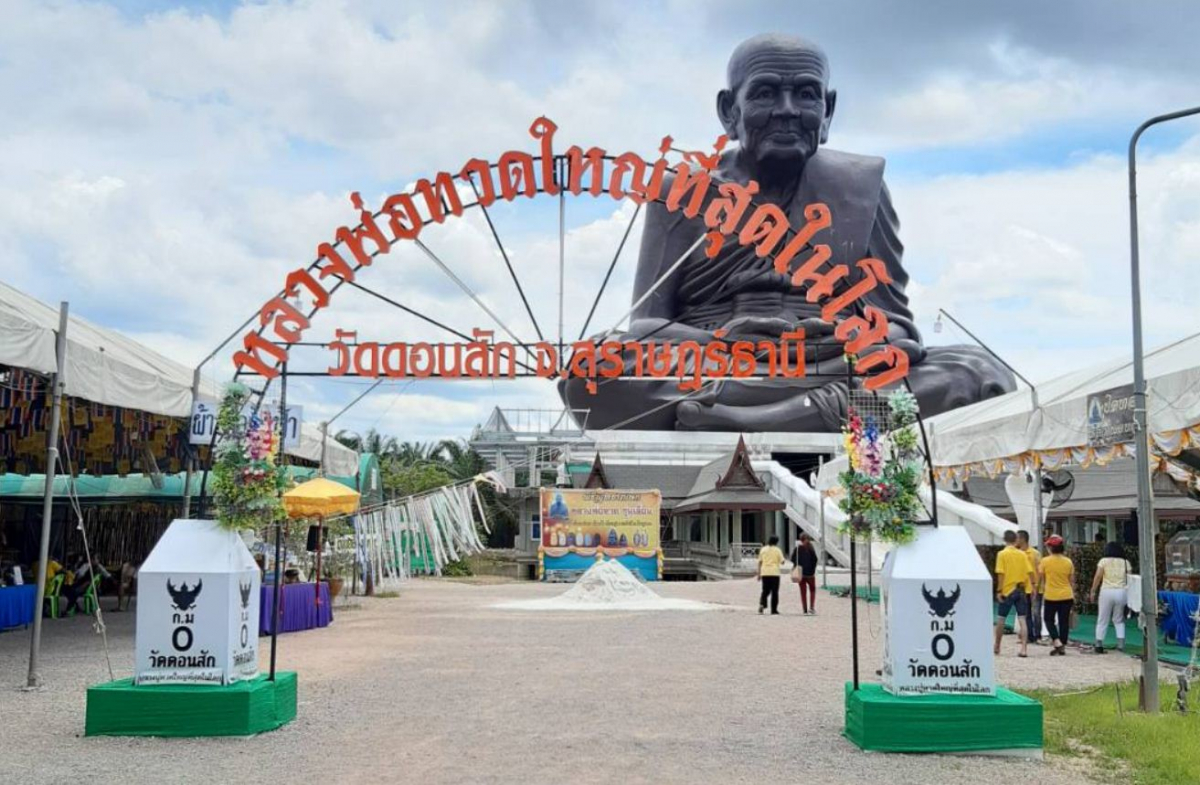 Phra Khru Phairoj Thammaruji of Wat Don Sak said that the statue of the renowned late preacher Luang Pu Thuad, the largest of its kind in the world, was about 90-per-cent complete and that the remaining works, mostly focusing on the landscaping, were scheduled to end in 2021.

The sitting figure is 39-metres tall excluding the foundation and measures 30 metres across its widest point, from one knee to the other. 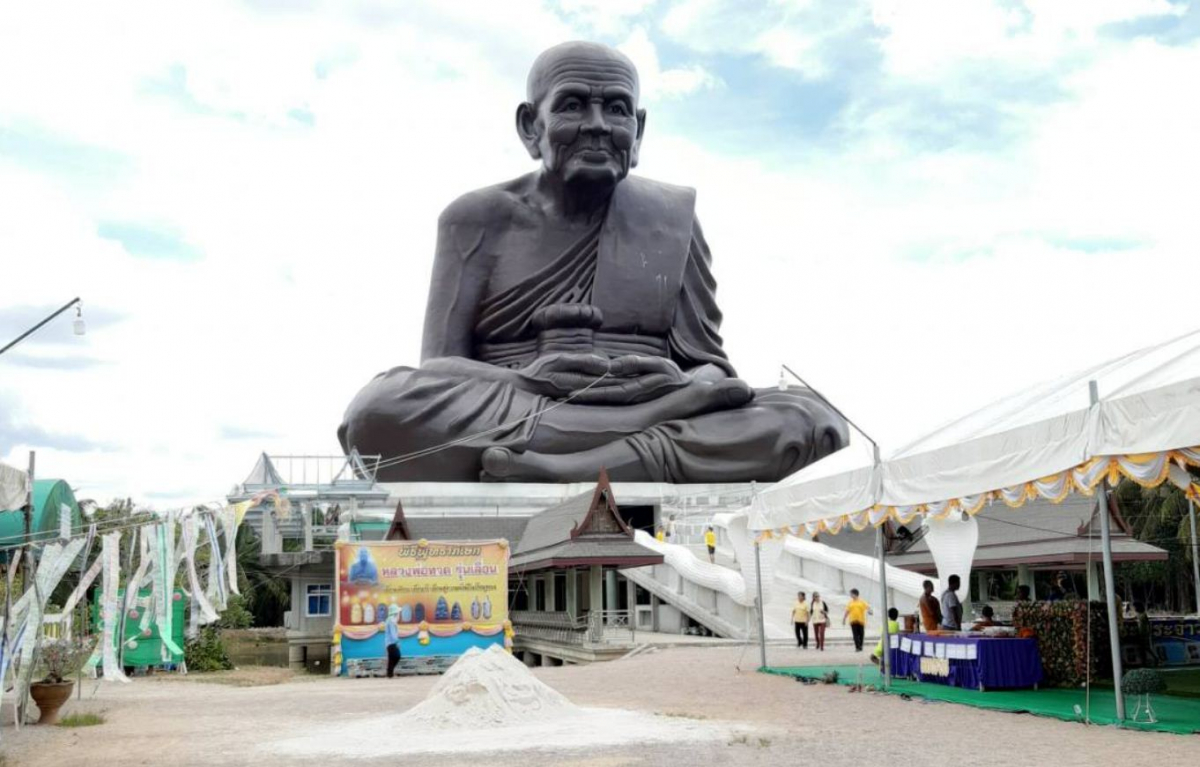 The abbot expressed hope that the statue would boost local tourism and draw Buddhist pilgrims to pay respects to the renowned monk, who was born in 1582 in then-Siam and died 1682, at the age of 100, in Ayer Kala, Lenggong, Perak, Malaysia. 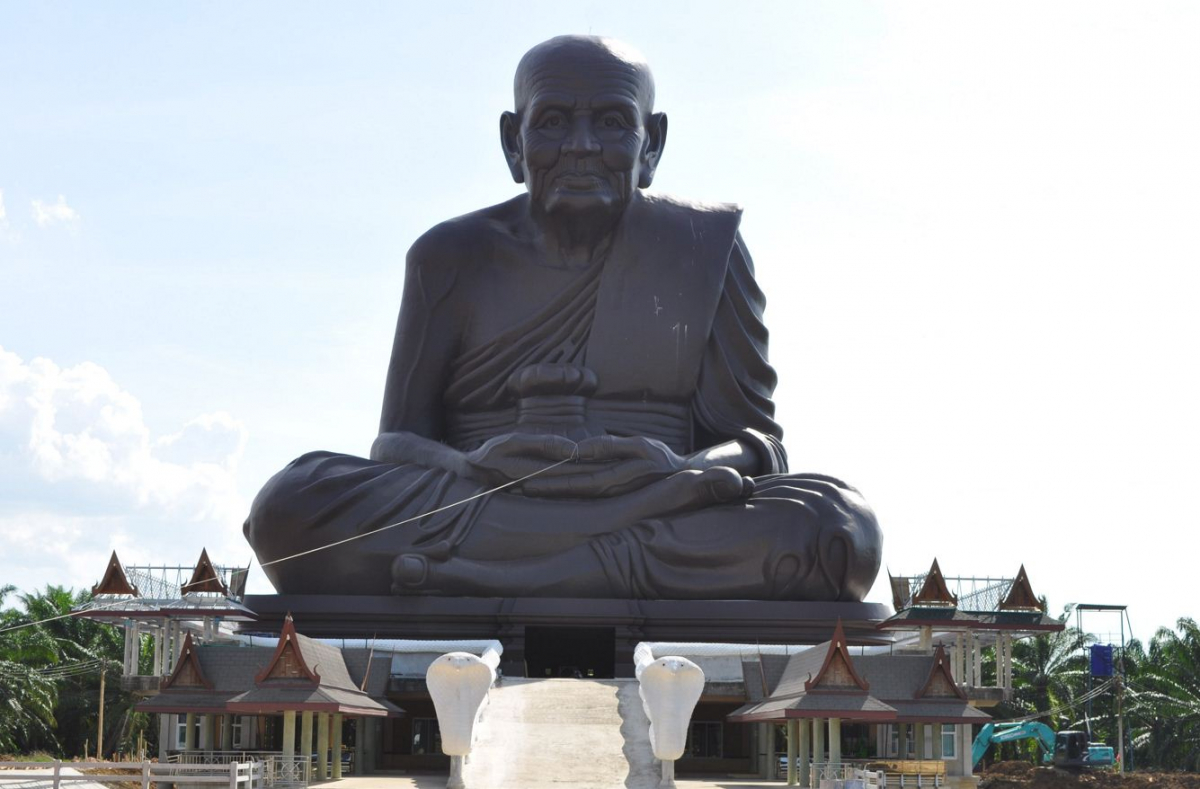 The monk said from the location of the statue, it was possible to see the coastline, the mountains and forests and said he hoped Wat Don Sak would draw both Thai and foreign visitors, in addition to many exiting sites in the province. 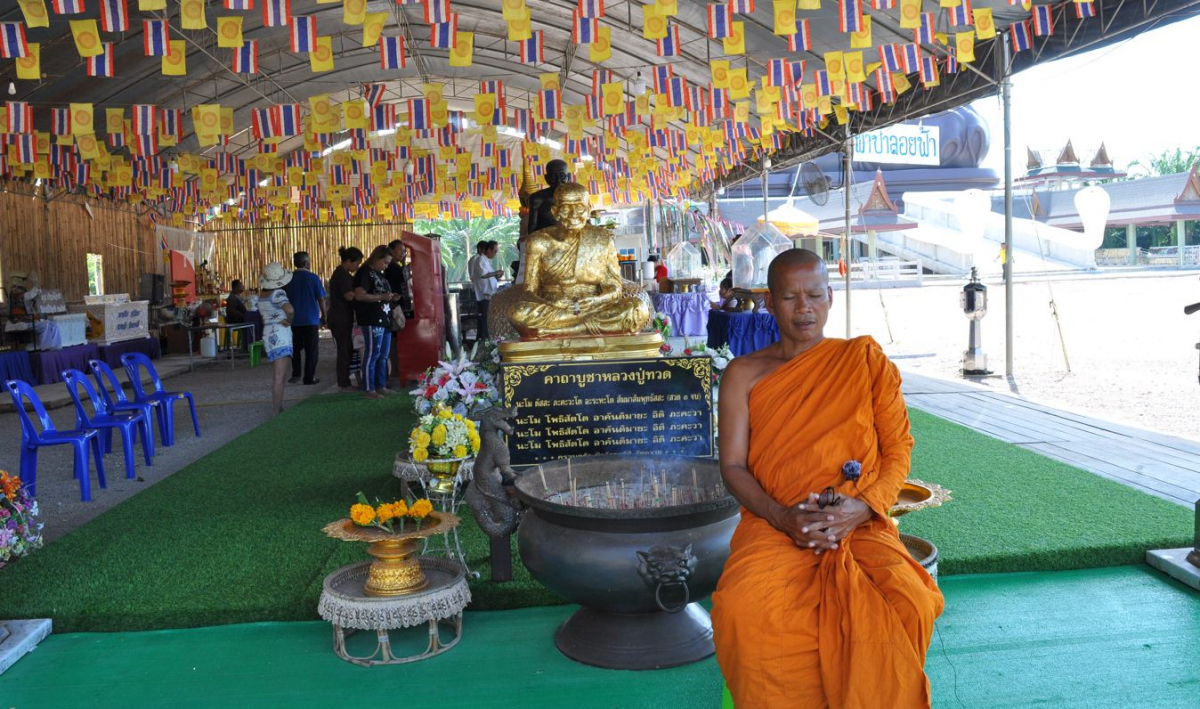 A ceremony relevant to the statue will be held next year, the abbot said, explaining that a small-size Luang Pu Thuad statue made of metal will be blessed and anointed, before being moved inside the 39-metre-high statue. 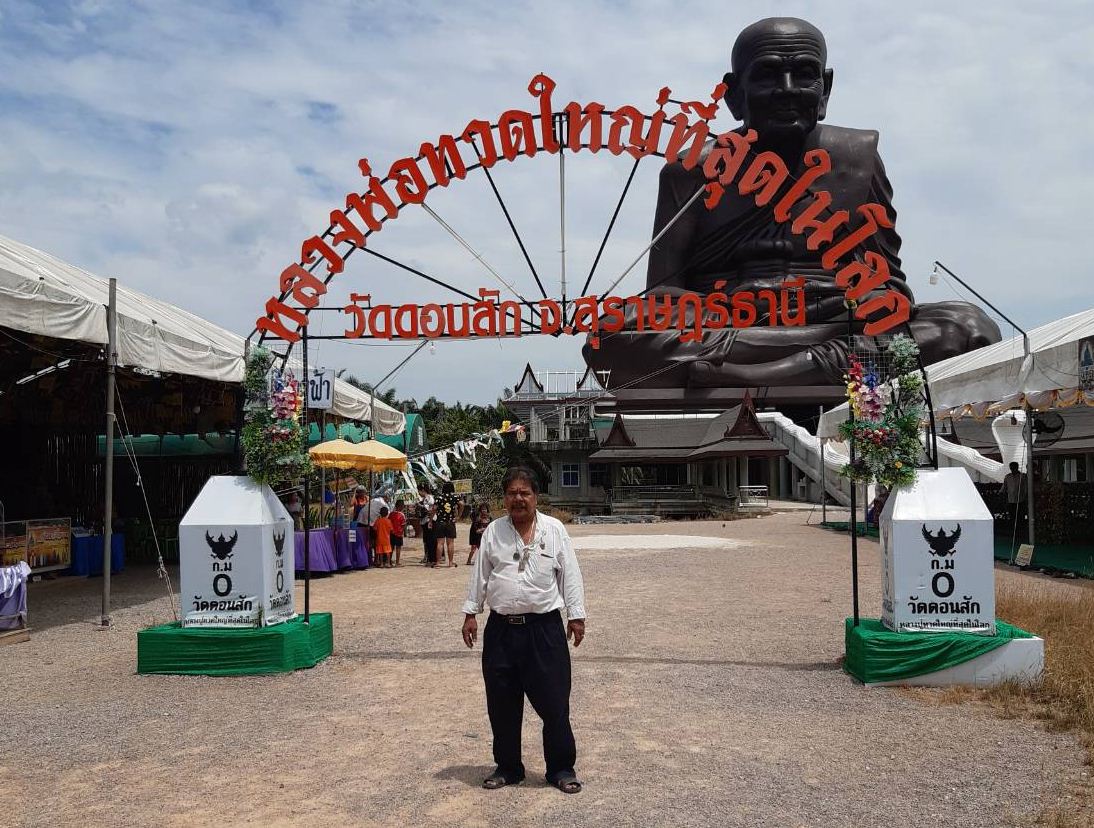