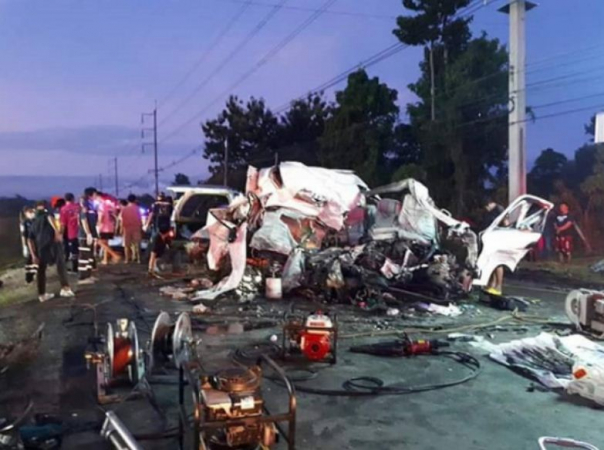 The van accident that left 10 Lao migrant workers and their driver dead in Sa Kaew early Sunday morning could have resulted from a poor road surface, vehicle malfunction or the driver’s condition, police speculate.

Pol Colonel Krissana Phatthanajaroen offered those possible causes on Monday assuming that other factors such as drunk driving can be dismissed.

He did not give elaborate on his reasons for suggesting the possible causes behind the accident that also left four other van passengers seriously injured in a head-on collision with an 18-wheel trailer truck.

A Sa Kaew police source had said earlier the van driver possibly fell asleep at the wheel, noting that his vehicle veered into the oncoming traffic lane.

The van was chartered to take the Lao workers to renew their visas at an immigration office in Chanthaburi.