Deputy Bangkok Metropolitan Administration (BMA) governor Sakchai Boonma inspected an 80-centimetre-wide sinkhole on August 19, which was later found to be on top of a 3-by-5-by-1-metre subsidence on Rama IV Road’s inbound lane. He ordered city workers to urgently repair the sinkhole.

The repairing activity, which occupied a 200-metre-long section on two lanes on the left near the Klong Toei Metropolitan Electricity Office, saw the road surface being ripped open for inspection and refilled with compressed stones and asphalt. The job, which forced the traffic to slow down, was expected to be completed later in the evening. 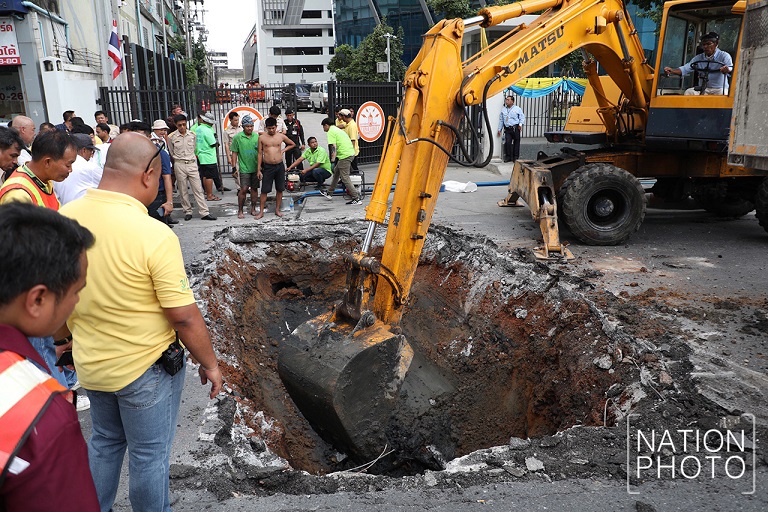 The cause of the subsidence, which was reported at around 12.30am, is being investigated as there are no obvious reasons such as underground construction. Sakchai has assigned officials to scan all old roads in the capital in case new sinkholes crop up, BMA Public Works Department’s deputy director Thaiwuth Khankaew said.

This sinkhole is the second one to open up this month. The first 1m-by-1.5m-by-1m sinkhole was found on Phetchaburi Road near Wanich Building early on August 6 when a pick-up truck fell into it. Though no injuries were reported, the sinkhole caused a severe traffic jam.