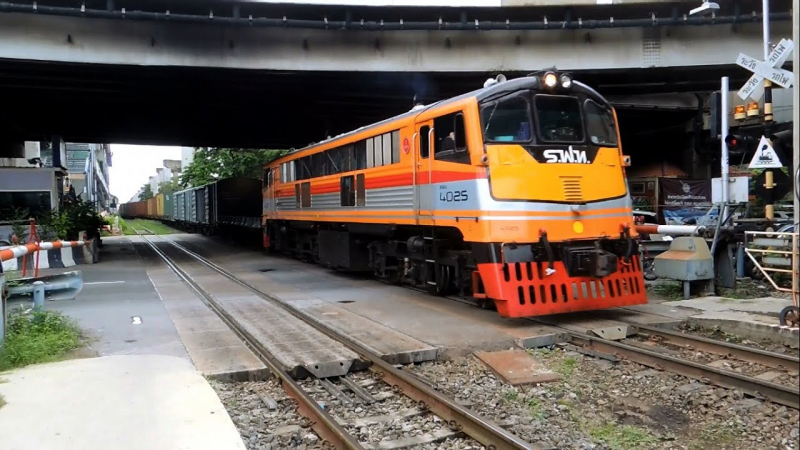 Phetchaburi police have launched a manhunt for two men who stole railroad sleepers and are being held responsible for a passenger train derailment in Cha-am district on Monday.

Police arrested the owner of a recycling shop in Cha-am after 25 railroad sleepers and 66 rail fastening screws were found.

Police checked the shop Monday night after the Thon Buri-Lang Suan train derailed about 300 before a tunnel next to the Bor Fai airport at noon. Nobody was injured in the incident.

He told police that two men, who appeared to be around 40 to 45 years old, sold the railroad sleepers and fastening screws to him on August 13.

Railway officials found that many sleepers and screws on the section of track where the derailment occurred were missing.

Police said they had learned the identities of the two thieves and were hunting for them.

The State Railway of Thailand sent a train with a crane from Bang Sue station to lift the six derailed carriages from the tracks and services on the southern route resumed at 3am Tuesday.