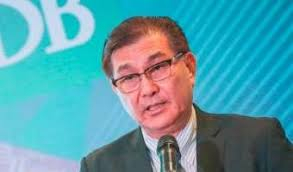 Lao PDR’s ambassador to Thailand Seng Soukhathivong will visit the three Lao workers who are receiving treatment at a hospital in Sa Kaew following the van accident on Sunday.

The ambassador is scheduled to visit the three workers at the Sa Kaew hospital on Tuesday afternoon and will be received by Sa Kaew provincial governor Wichit Chartphisit.

The three injured workers were travelling in a chartered van with 10 other Lao workers to renew their visas at an immigration checkpoint in Chanthaburi when the van crashed head-on with a truck in Sa Kaew on Sunday. The van driver and 10 workers were killed.

After visiting the injured workers, the ambassador will visit the Sa Kaew police chief Pol Maj Gen Surajit Chinnaworn at the Sa Kaew police head office to hold a discussion with police and representatives of other government agencies concerned about help and compensation for the families of the crash victims.

After the discussion, the ambassador will hold a press conference with the provincial police chief on the measures for helping the victims.