From August 24, commuters on underground trains can travel free for an extra two stops – Tha Phra and Bang Wa – until further notice. 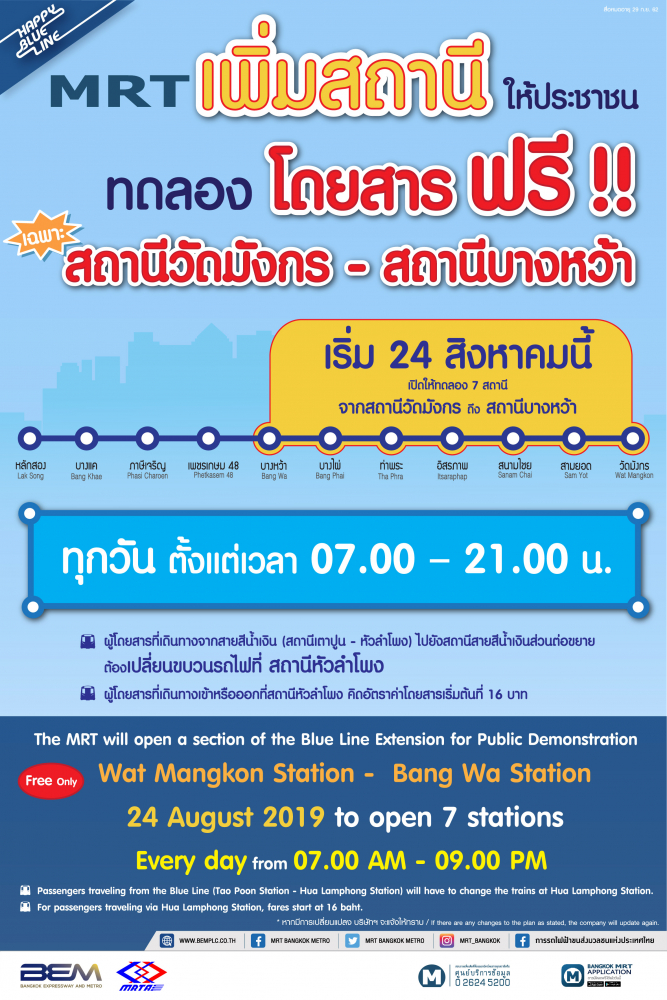 These two stations have been added by the Mass Rapid Transport Authority (MRT) to the free travel for five stops from Wat Mangkon station. The initial free five-station journey will come to a halt on September 28.

In a press release, MRT and BEM said passengers will no longer have to switch trains at Hua Lampong station when the entire service under MRT and BEM operation are fully connected in the near future.