Some 100 health officials gathered outside the Public Health Ministry’s headquarters in Nonthaburi province to demand that their service during the fiscal years of 2000 to 2003 be included in calculating their pensions and that their salaries be adjusted so they are more equal and fair.

Dr Paisarn Dunkum, the ministry’s deputy permanent secretary, along with the minister’s secretary Watcharapong Kuwijitsuwan and assistant secretary Rewat Areerob came out of their offices to collect the petition and promised that they will try to solve the problems. 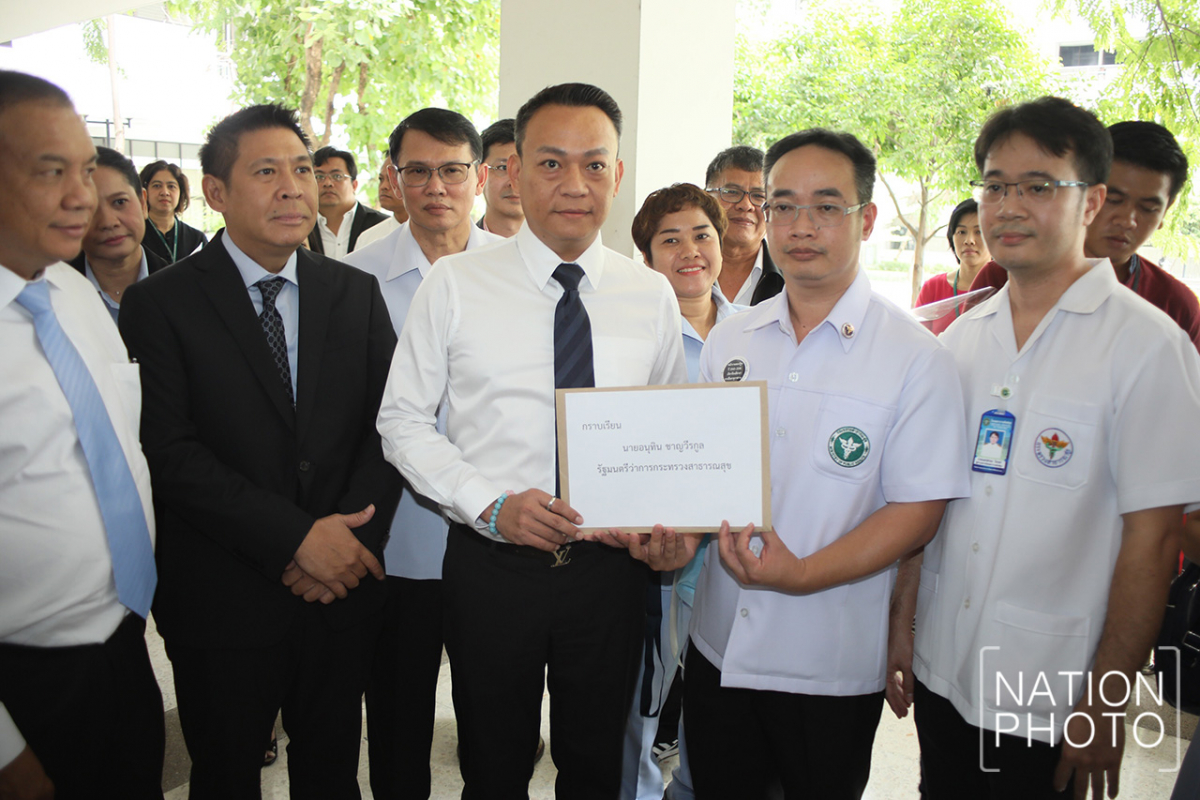 Saying that these issues affect 24,063 officials and that petitions have been filed with the Finance Ministry and the Office of the Civil Service Commission (OCSC) several times but in vain, the group urged Public Health Minister Anutin Charnvirakul to establish a special committee to find remedial measures for them.

Protest leader, former president of a Public Health Ministry employees’ club Manop Phasom, said that if the ministry managed to get a Cabinet resolution in their favour, the OCSC will have no choice but to amend the regulations and give them justice. Watcharapong told reporters that this problem stemmed from a 2000 Cabinet resolution that prevented the rehiring of civil servants, which saw the 24,063 officials getting their status changed to that of state employee.

Then a Cabinet resolution in 2014 provided remedial measures allowing the public health employees to be reinstated and their salaries readjusted, but somehow those serving between 2000 and 2003 were not included. Watcharapong said this matter had to be discussed with the Finance Ministry and OCSC first before the ministry sets up a committee led by Dr Paisarn to study these issues. 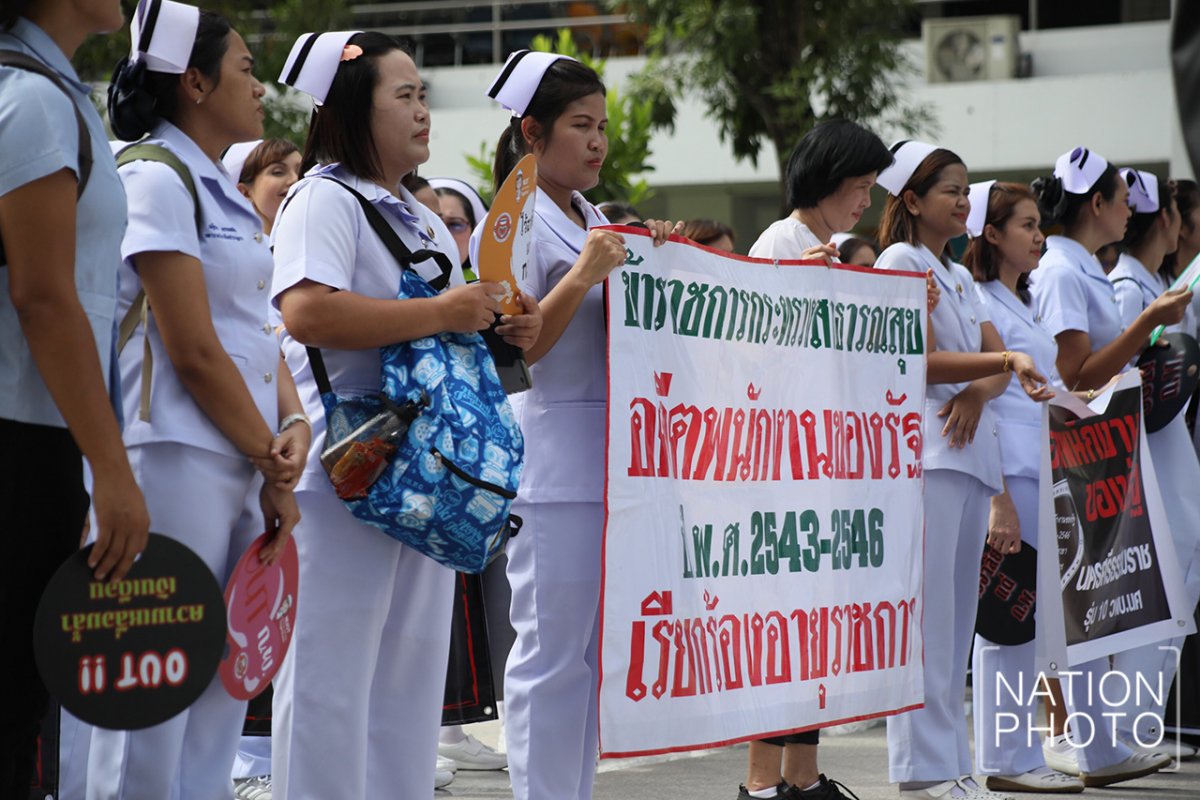 According to Manop, the 2014-issued OCSC regulation only considered state employees hired after December 2012, and left out the 24,063 who had served as state employees from 2000-2003. These state employees should have been included, but instead have lost four years from their work record, which will affect the calculation of their pensions, he said.

He also said that if the situation remains unsolved, it will result in most of the 24,063 officials getting less than Bt10,000 per month in pension, while their younger colleagues will be getting Bt20,000 each. 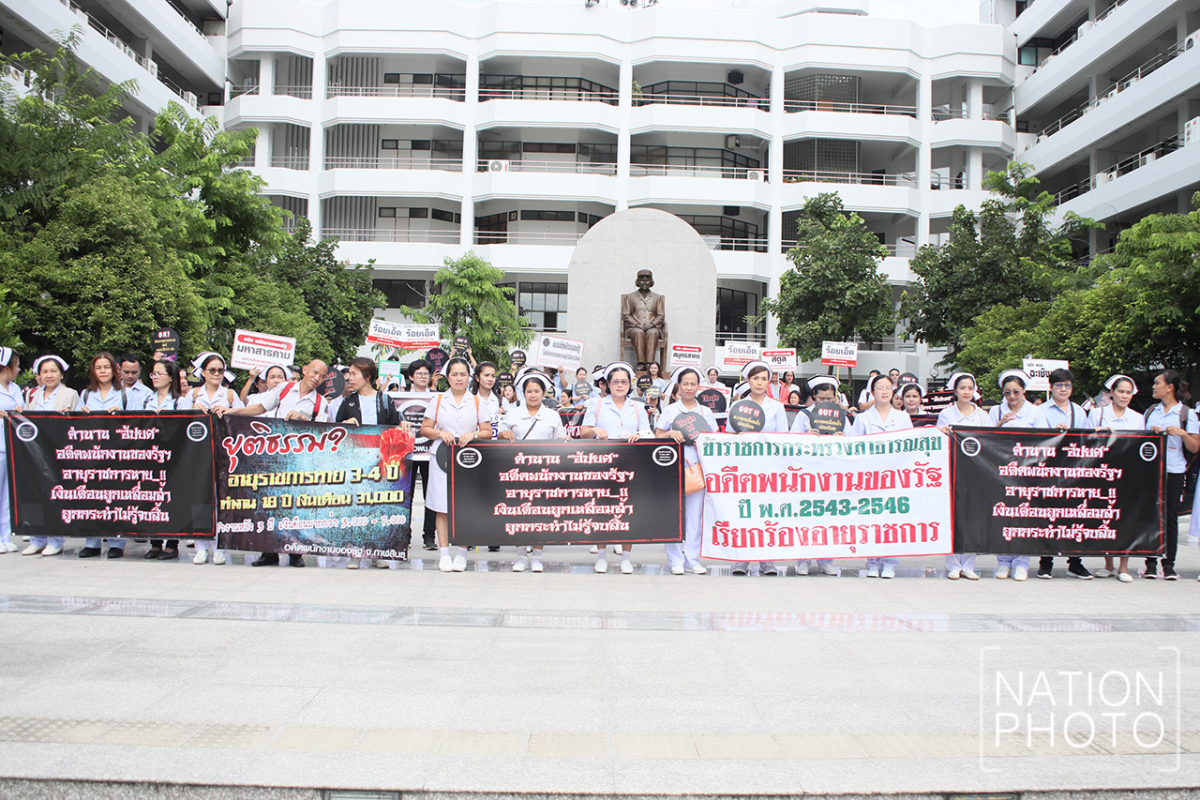 Meanwhile, Santisuk Hospital director Dr Krit Jaiwong said these issues appear to be complicated and difficult to solve, though the group still hopes that some help can be provided. He pointed out that some 100 doctors were affected, and many wanted to resign. He warned that if this matter is left unresolved, it will lead to brain drain, with doctors ditching state hospitals to go work in the private sector.