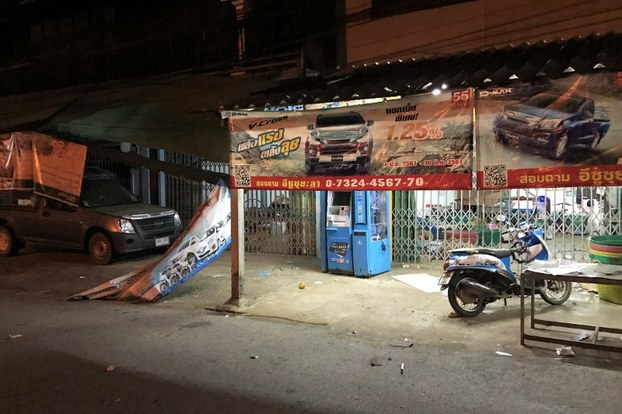 Police said the bomb and arson attacks were apparently coordinated to happen shortly before 8pm in Yaha, Muang, Krong Pinang, Than To and Bannang Sata districts. The first explosions happened at around 7.45pm.

Police said insurgents detonated two bombs in Ban Bukeh village in Tambon Ngoi Si Nae in Yaha. The blast broke two power poles, causing three other power poles to fall down in a chain reaction and causing outage in a wide area in the tambon.

Police said three villagers, who happened to ride a motorcycle past the spot, were injured and they were rushed to the district hospital before being forwarded to Yala Hospital. They were identified as Nuriyah Yalo, 34, Sainungwati Ngaeyalee, 27, and Muslem Ngaeyalee, 2.

At nearly the same time, a bomb exploded and felled a power pole on the Yala-Betong road in Ban Para Meetae village in Tambon Budee of Muang district.

Meanwhile in Bannang Sata, militants set fire to a AIS base station for its cellular home services in Moo 3 village in Tambon Bacho. They also burned rubber tyres on the road.

Police said two explosions occurred in Than To district. A bomb was detonated to damage an ATM machine at the Khok Chang Market in Moo 7 village in Tambon Mae Wad and another bomb exploded at the entrance to the road to the Khok Chang Waterfall.

The six were hit with bomb shrapnel and were rushed to Than To Hospital.