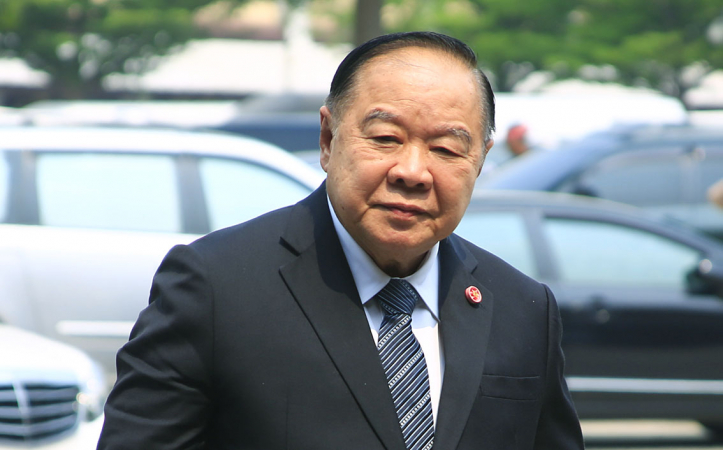 Deputy Prime Minister Prawit Wongsuwan on Tuesday urged five Cabinet ministers from the Phalang Pracharat Party to vacate their party-list House seats so that they could be filled by candidates on the waiting list, a party source said.

Prawit made the “suggestion” during a party meeting, the source said.

The source quoted Prawit as telling the five ministers to consider whether holding two posts would inhibit the efficiency of their work.

“I would like MPs to do the duty of MPs and for ministers carry out works of ministers for the optimal efficiency,” the source quoted Prawit as saying during the party meeting.

“Don’t think that I am reprimanding you, but I would like you all to think about it.”

The coalition Prayut II government has a slim majority, although it is made up of 19 parties. The coalition could be easily be beaten in House votes if the ministers were absent on their ministerial missions, observers believe.

Prawit also told Phalang Pracharat MPs to attend House meetings in full force, especially during the meetings this Wednesday and Thursday (August 21 and 22) because the House would deliberate important issues.

He said he had instructed Deputy Prime Minister and Public Health Minister Anutin Charnvirakul, the leader of the Bhumjaithai Party, to ensure that their MPs are in full force when the House meets after several of the party’s MPs were absent from recent meetings.

Prawit also told Phalang Pracharat candidates who were beaten in the recent election not to feel discouraged. Prawit said the party would allocate political posts to them and they should get prepared for the next election.