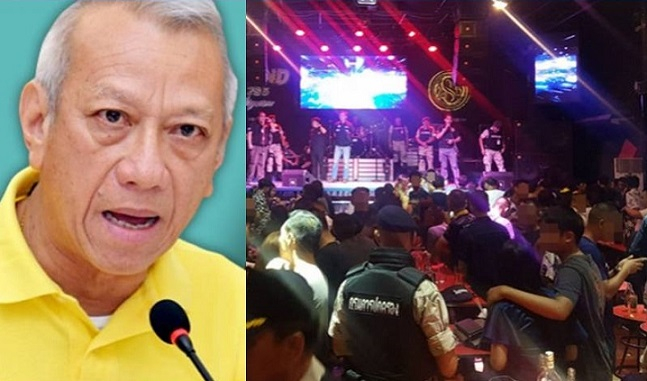 Nightspots in Phuket’s Patong area welcome the idea to stay open until 4am, though the government has been advised to first study the possible negative ramifications carefully.

Operators of businesses there catering to the nightlife crowd welcomed Tourism and Sports Minister Phiphat Ratchakitprakarn’s recent suggestion that pubs in some tourist destinations be allowed to stay open the extra two hours, likely bringing an income boost of perhaps 20 per cent while curbing police bribery.

However, former Tourism Council of Thailand president Ittirit Kinglake urged Phiphat to study the idea thoroughly to ensure there will be no negative social, cultural or environmental impacts.

Patong Development Foundation president Preechawut Keesin, who has for years pushed for extended operating hours, thanked Phiphat for his proposal.

“It shows that he knows what he’s doing. He probably sees how our country can become competitive in proposing 4am closings for just international tourist destinations, not the whole country,” Preechawut said, noting that supporting businesses such as taxi drivers would also benefit.

He estimated Phuket tourism income would increase by 10-20 per cent, while Patong – especially the one-square-kilometre Soi Bang La area – would “turn into gold”.

Soi Bang La has no schools or temples nearby, he added, so all that’s needed is for everyone to cooperate in ensuring security and cleanliness.

Preechawut expressed concern that rogue bribe-taking officials might try and have the proposal dismissed. “Don’t let this group use legal loopholes to reap personal gains and make Bt30 million a month at the expense of the country losing the Bt300 billion a year it should be earning,” he added.

Somchai Techopas, who runs a Patong entertainment venue, said the 4am closing time would be a big boost for tourist towns because visitors would spend more and investors would be keener.

Many tourists don’t venture out until 10pm, he said, so bribes have to be paid if venues want to stay open past 2am. He thinks the extra two hours would result in an income hike of at least 25 per cent and double revenues in Bang La from the current Bt50 million a month.

Tourism Council ex-president Ittirit warned on Facebook, though, that he didn’t want tourism accused of destroying culture, the environment or the quality of residents’ lives.

“Tourism isn’t a magical cure-all medicine, so policies must be issued after all dimensions and possible impacts are carefully explored,” he wrote.

“What per cent of tourists would benefit from this?” he asked Phiphat. “Did the research you based the proposal on cover all areas? Seventy per cent of visitors to Krabi’s Nang Bay travel with family and need to rest at night.

“Most pubs and bars in tourist destinations are open-air, so it’s hard to control the noise, which affects hotels and other tourist accommodations. There would be crime, narcotics and prostitution issues. The conflicts of interest involving some law enforcers happen with bars opening until 2am, so if opening hours are extended to 4, it could worsen.”

Disaranont Khunpol, 26, said people who stay out drinking until early morning have no time to do anything else and risk the negative effects of drunkenness, while nightspot staff businesses would also be working longer hours.

Natthakan Paengnual, 35, said the later closing time could lead to more accidents, lure youths to alcohol and other vices, and disturb neighbours.

Thanapisit Kulnanthakorn, who owns two pubs in the northern city, said he understood the opposing point of view, especially the concern over drunk driving, brawls and other crimes.

“I would personally want the longer operating hours but, if it’s not allowed, that’s alright too,” he said.