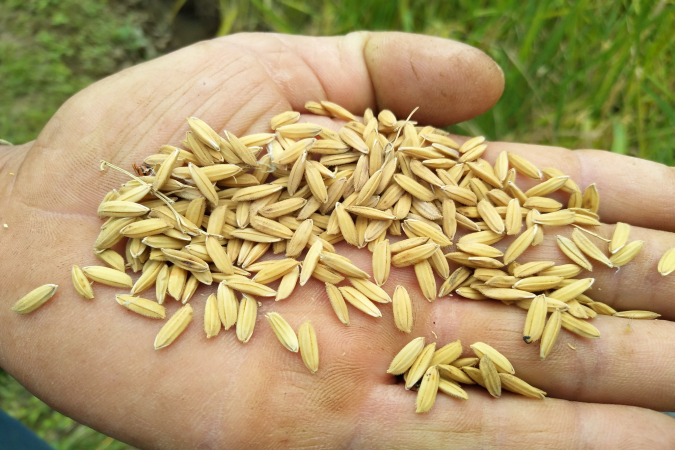 The price of sticky rice has almost doubled from last year and could rise further, leading at least one merchant to suggest switching to round rice grains.

Pipat Saengrujee, owner of the Matshima rice shop in Khon Kaen’s Nai Muang subdistrict, said on Wednesday the price of sticky rice had risen by Bt200-Bt300 per sack, almost twice the price of last year.

Pipat said he wasn’t sure why the pricing was soaring.

“I order from millers in Udon Thani and they mark up the price almost every month, whereas the price of round rice grains has stayed the same.”

He suggests fans of sticky rice buy cooked sticky rice in small portions from restaurants, most of which will be trying to maintain menu prices.

“Alternately, switching to round-shaped rice temporarily might be a good idea in the current situation,” Pipat said.

A local source speaking on condition of anonymity speculated that “capital groups” had made several large purchases of sticky rice in the Northeast in the past three months.

The source said the government should check whether such groups are attempting to manipulate the wholesale price and, if so, introduce remedial measures for retailers and consumers.