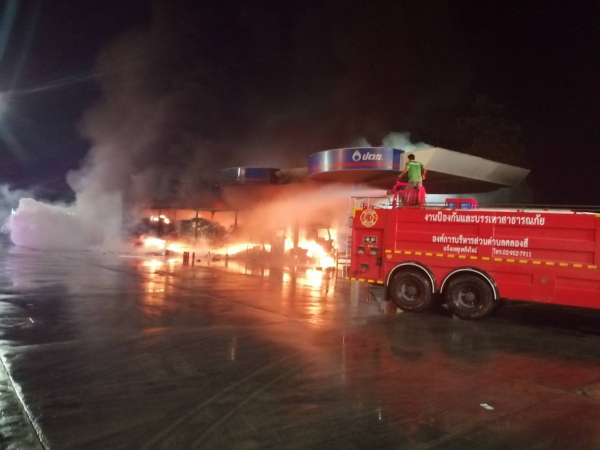 A trailer truck caught fire inside an NGV station in Pathum Thani’s Klong Luang district early Thursday after stopping to refill its tanks.

The Klong Luang police station was alerted to the fire at the Sri Somboon Pattana NGV station on the frontage road along motorway No 9 in Tambon Klong Si at 2.30am. t

Four fire engines took about 20 minutes to put out the blaze. The truck was parked in front of a gas dispenser. The fire was put out before it escalated.

The truck driver, Chamnarn Chachamnarn, 56, said the fire started after he parked the truck in front of the dispenser. He added that the blaze was caused by an overheated braking system.