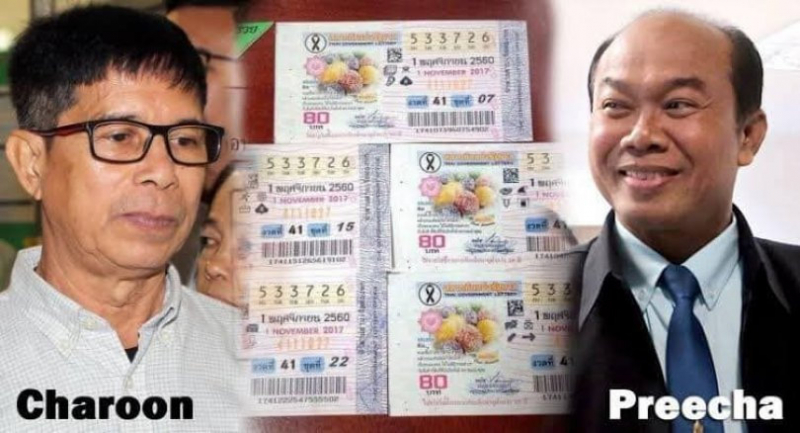 An epic squabble over lottery winnings that began in 2017 passed another milestone on Thursday when a provincial court released nearly Bt30 million in seized jackpot money to one of the claimants.

Former police lieutenant Jaroon Wimool left another hearing with a smile, having recently also been acquitted of embezzlement and theft in a separate trial.

His feud with state-employed schoolteacher Preecha Kraikruan could drag on for years more, though, if the case is pursued to the Supreme Court.

Preecha accuses Jaroon of stealing or falsely claiming ownership of six government lottery tickets, one of which – No 533726 – won Bt6 million on November 1, 2017.

Preecha maintains that he bought the tickets, but the Kanchanaburi court ruled on April 2 this year that he had failed to prove it during trial.

The nearly two years of to-and-fro, with both men accusing each other of lying, has been a steady subject of speculation online over “who stole from whom”.

Both sides have their own “fan clubs” whose members attend their hearings and press conferences.

Preecha asked the court on August 8 to temporarily seize what now amounts to a pre-tax Bt30 million until the matter is brought to a conclusion in the highest court.

It did so, but on Thursday handed the money over to Jaroon.

Preecha and his lawyer made no public statement as to whether they would appeal the ruling. Jaroon, his wife and their lawyer smiled confidently in saying they could wait for Preecha’s response.