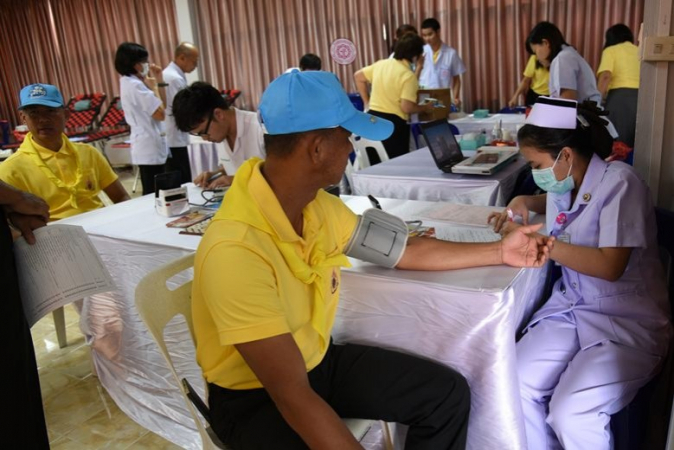 Nearly half the people living in Bangkok have scant access to universal healthcare or make little use of it, according to the deputy secretary-general of the National Health Security Office.

Speaking at a seminar titled “Look Forward: Healthcare service in Bangkok” on Friday, Karoon Kuntiranont put the figure at 3.9 million, and also noted that, while 78 per cent of Bangkokians are listed in household registries, only 22 per cent of people upcountry are registered.

He said Bangkok has 97 hospitals but only 46 – 28 public and 18 private – provide universal healthcare services.

Overall, 1.07 million people or 27 per cent of the total entitled to the services used them in 2016, and collectively did so 6.64 million times.

But Bangkokians make the least use of the services, Karoon said, chiefly because they simply don’t know they are entitled to it.

At the same time, not even Bangkok’s 46 hospitals providing the services could meet demand, he said, and residents who can afford to pay their own way at private hospitals prefer that route, believing the service is better.

Karoon said health reform in Bangkok had to start with improving the system of local healthcare centres, which could then make better use of the existing user database with the help of government agencies, the private sector and civic organisations.

The goal should be to boost people’s confidence by improving health literacy, he said.

“In the digital era we have to improve the basic infrastructure and services for people in Bangkok. We have to develop an application for hospital registration and improve the benefits that fit city people’s lifestyles.”