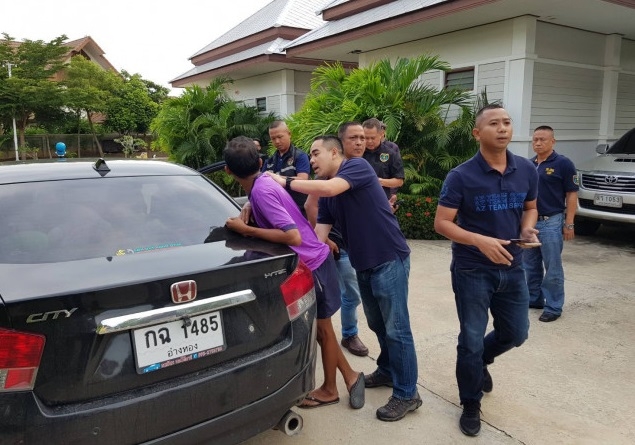 Two men were arrested in central Ang Thong province on Friday for allegedly procuring around 10 boys under 18 for sex with gay men.

The Royal Thai Police Anti-Trafficking in Persons Division arrested Chisanupong, 27, and Teerawat, 19, in a sting operation, at a resort in Muang Ang Thong.

Neither man’s surname was released, and nor was the identity of a teenager found in their company described as one of their alleged victims.

Pol Lt Colonel Natthapol Rattanamongkolsak, who led the operation, said Chisanupong was charged with trafficking in persons over 15 but under 18 and procuring minors for forced prostitution.

Teerawat is charged with soliciting people in public places to engage in prostitution.

Natthapol claimed the suspects confessed to procuring about 10 boys for paid gay sex.

Accomplices and customers are being sought.