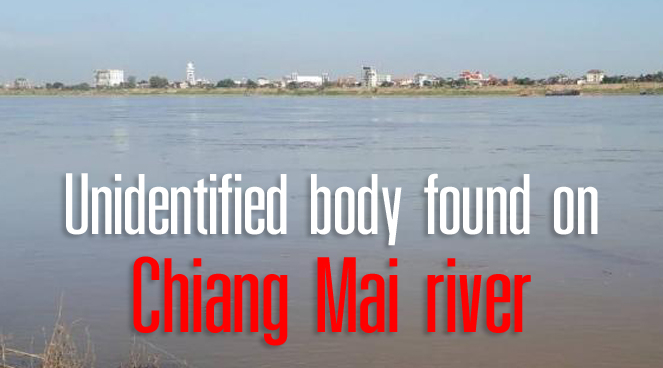 The bloated body of an unidentified man was found floating on the Mae Taeng river in Chiang Mai’s Mae Taeng district on Monday night, police said.

Rescuers were dispatched to retrieve the body spotted near an elephant camp in Ban Mae Tamarn village at 8pm.

No identification documents were found on the body.

Pol Major Papon Takhantha, the inspector of Mae Taeng police station, said the man appeared to be from a hill tribe and was around 40 years old. His left wrist had a tiger tattoo, he said.

The body was sent to the Chiang Mai Hospital for an autopsy.