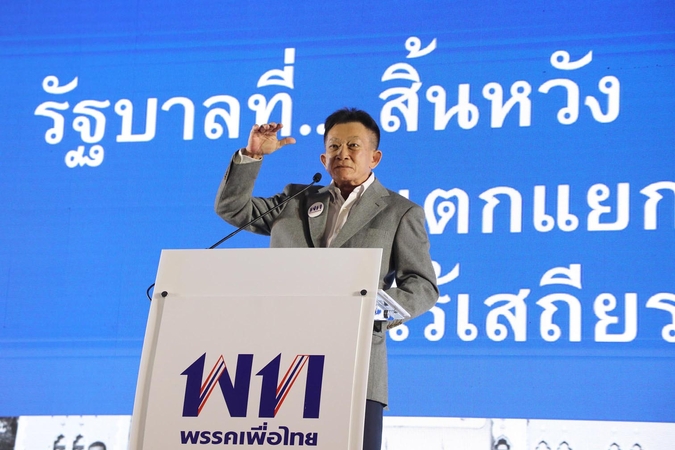 The Pheu Thai Party Tuesday has issued a public apology to the Future Forward Party for saying its ally could face dissolution due to the case against its party leader.

Chonlanan said the warning was as a preemptive measure amidst concerns that the powers-that-be would have the Future Forward dissolved by the Constitutional Court.

The warning about possible dissolution stemmed from what the Pheu Thai called the “Paibul Model” and the media-sharing case against Future Forward leader Thanathorn Juangroongruangkit.

Paibul has informed the Election Commission of the decision by the executive board of his People Reform Party to disband. Paibul, the only MP of his party, informed the EC that he wanted to join the ruling Phalang Pracharat Party after the dissolution. The EC was uncertain as to whether Paibul could retain his parliamentary status after the party’s dissolution because he is a party-list MP and his transfer to the Phalang Pracharat could affect the coalition leader’s list of party-list MPs and the ratio for calculating overall party-list House seats. As a result, the EC has decided to seek a ruling from the Constitutional Court on Paibul’s case.

In an earlier warning, Suthin said the Pheu Thai feared that the Constitutional Court would rule that Paibul’s MP status would be terminated and his party’s disbanding could not be stopped as he has already informed the EC.

Chonlanan said the Pheu Thai was disrespectful to the Future Forward by calling it the “party next door”.

“We apologise to the Future Forward for causing concern. We said it all in all sincerity. We didn’t want to see Future Forward destroyed because of loopholes in the law. We simply wanted to pre-empt them from doing it,” Suthin told the press conference.