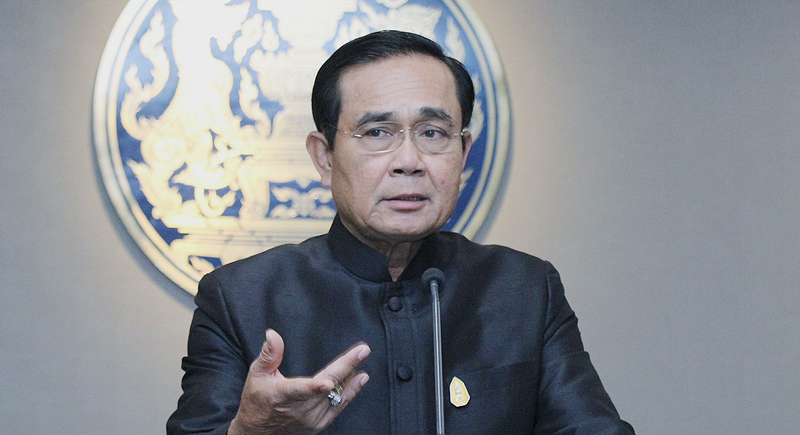 Prime Minister and Defence Minister General Prayut Chan-o-cha has given the final green light to the annual reshuffle of generals of all the armed forces and this will soon be sent for royal endorsement by His Majesty the King.

Deputy Defence Minister General Chaicharn Changmongkhol said the complete and integrated list of the three armed forces, the Supreme Command and the Defence Permanent Secretariat would be reviewed for authenticity by the permanent secretariat before being sent for royal approval.

Chaicharn said the list has been completed in accordance with the regulations that it must be finalised at least 15 days before the annual military reshuffle takes effect on October 1.

Chaicharn was speaking to reporters after attending a meeting of the reshuffle committee at the Defence Ministry.

Prayut was all smiles when he arrived at the Defence Ministry to chair the meeting. After the meeting at 11.30am, Prayut told reporters that everything was completed in accordance with procedures and no change was needed.

The Army, Navy, Air Force, Supreme Command and Office of the Permanent Secretary for Defence Ministry sent their own lists to Prayut on August 15. Since some generals of the three armed forces will have to be moved out to work in the Supreme Command or Permanent Secretariat or vice versa, the lists have to be screened and integrated by the committee.

Chaicharn said the committee gave the final touches to the list during the meeting and it was sent to Permanent Secretariat for a final check. Prayut would later submit it for the royal command.

He said the reshuffle is based on suitability as determined by the chiefs of the armed forces.