Central Pattana Plc (CPN), the developer of Central Village, will open the luxury outlet on August 31(Saturday) as scheduled despite the ongoing dispute with the Airports of Thailand (AOT), while an Administrative Court’s hearing is to take place later today (August 28), said President and CEO Preecha Ekkunagul.

During today's press tour of Central Village, Thailand’s first luxury mall in the vincinity of Suvarnabhumi Airport, Preecha said the outlet which features over 150 stores will open on Saturday as planned. “CPN can reaffirm that all procedures related to Central Village were legally approved and constructed in compliance with regulations of all relevant and authorised government agencies,” he said. 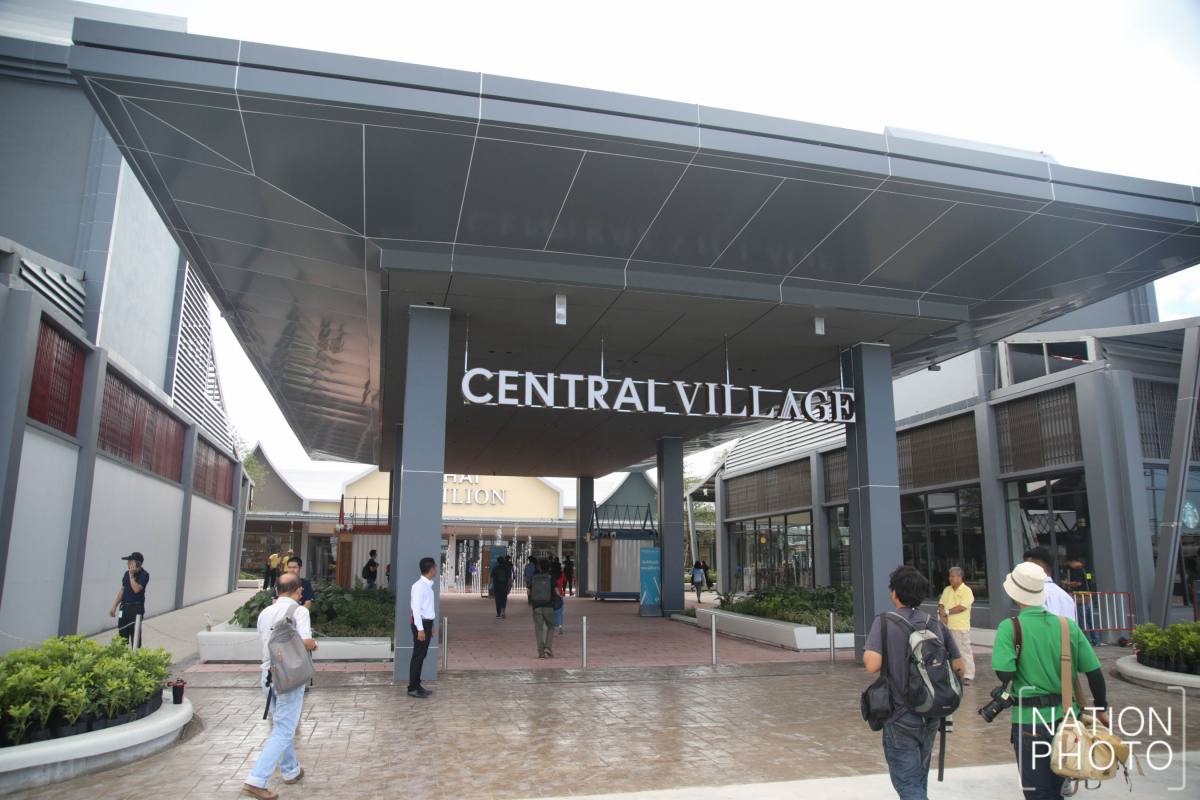 Central Village is currently in dispute with the Airports of Thailand which claimed that CPN is trespassing the flying zone of Suvarnabhumi Airport, and as a result has deployed tents and road barriers blocking the entrance of the store since August 22.

Preecha further explained that Central Village is located on the Highway Number 370, which is under the jurisdiction of the Department of Highways (DOH) since 2011. “Our store was built on a different land plot to the land that was expropriated by Suvarnabhumi Airport under AOT,” he said. “CPN requested permission directly from the DOH which holds sole and absolute authority for the approval of connecting the entrance of the project to the highway.”

Preecha added that even the AOT had to ask for permission from DOH, back on May 14, to connect underground power line and water purifiers through Highway No 370.

Since the entrance blockage, CPN has filed complaints to related agencies including the police and the Administrative Court for temporary protection as the store's opening approaches.

“We believe that an action will be taken towards a fair and justified solution. This project is a joint investment with more than 150 stores worth more than Bt5 billion. Over 1,000 people will be employed by the tenants in the project and it is expected to generate over Bt30 billion”, said Preecha.

After the Administrative Court's hearing this afternoon, the company will decide on the next step with its legal team. “Even if the court rules in our favour, we may still seek compensation for the damages and inconvenience caused in the days leading up to the store’s opening,” he said.

“A luxury outlet is a common facility in international airports of many countries, such as Japan, US or South Korea,” said Preecha. “Central Village houses many global brands that will attract local and foreign shoppers. It will help improve the economy, create jobs and promote tourism in Thailand. I would like to urge related agencies to think of the country’s benefits and treat this project with fairness and justice that it deserves,” said Preecha.