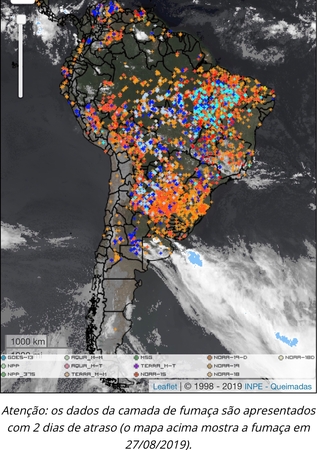 Update: BBC reports that all the South American countries in the Amazon region apart from Venezuela will meet to discuss a coordinated response to and common policy for the fires ravaging the Amazon basin on September 6. The announcement was made by Brazil's President Jair Bolsonaro.

The Amazon covers millions of square miles across nine different countries - and Bolivia has seen wildfires rage across the forest near its borders with Brazil and Paraguay, the BBC says.