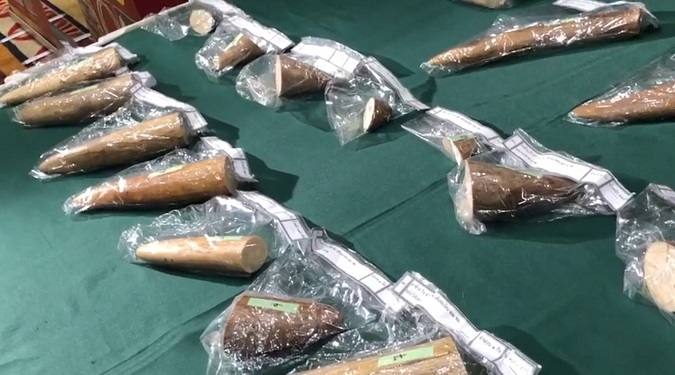 Following the news that Thailand has been dropped from the CITES (Convention on International Trade in Endangered Species) list of countries affected by ivory trafficking, Thai police on Thursday boasted of their success in suppressing the illegal ivory trade, resulting in the seizure of a total of 9,9 tonnes in tusks worth more than Bt990 million in 44 cases since 2014.

National police deputy commissioner Pol General Chalermkiat Srivorakan told the press at police headquarters in Bangkok that the removal of Thailand from the CITES list meant the curtain will be drawn on the special task force, which had successfully prevented or suppressed the illegal ivory trade since 2014.

A police source said this was also a successful summary for Chalermkiat, who was known as the “CITES cop” because he spearheaded the team, as he would be retire later this year.

During the 18th CITES meeting held from August 17-28 in Geneva, Switzerland, a report on an analysis of data from the Elephant Trade Information System using statistics from 2015-2017 was tabled, but Thailand was no longer among a group of countries affected by the illegal ivory trade that were called on to develop and implement an ivory action plan.