Transport Minister Saksayam Chidchob plans to have both Central Pattana Plc (CPN) and Airports of Thailand (AOT) to sit down and settle their differences on August 30, while AOT’s union president has been expressing concerns about safe landings at Suvarnabhumi Airport.

Saksayam said the meeting has been called because Prime Minister General Prayut Chan-o-cha is concerned that the dispute might get out of hand and wants the issue to be resolved as soon as possible.

“I have summoned representatives from all related parties to discuss the issue,” he said. “This includes AOT, CPN, Civil Aviation Authority of Thailand (CAAT), Department of Airports (DOA), the International Civil Aviation Organisation (ICAO), and Airline Operators Committee (AOC).” 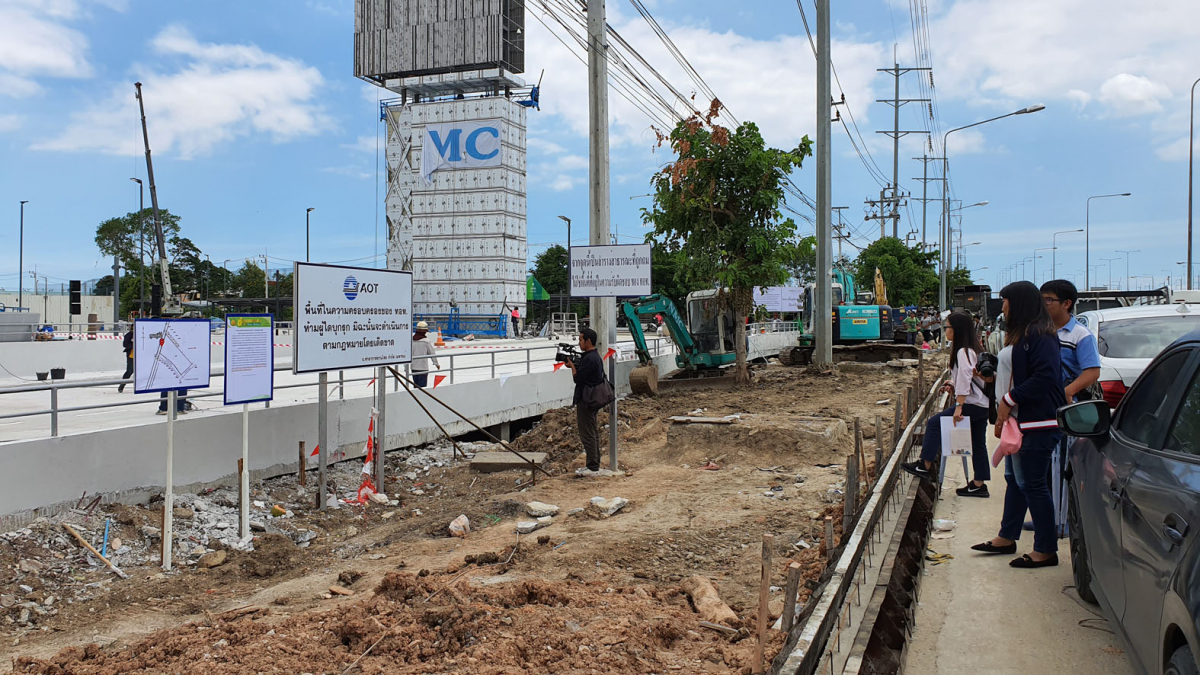 On August 29, president of AOT’s labour union told the press that CPN is in fact trespassing on areas that are under AOT’s administration.

“The land connecting CPN’s Central Village project is under AOT’s jurisdiction,” union president Natthawut Tha-inta said. “AOT, as the organisation responsible for the use of this land, will take legal action against any trespassers.”

According to the union president, all lands surrounding the airport’s passenger buildings in the radius of 10 kilometres are under AOT’s jurisdiction and the hard shoulder connecting to Highway No 370 that Central Village is located on fits the criteria.

Natthawut further explained that the issues that concern AOT the most is the fact that Central Village is located too close to the airport and may affect the safety of airplane landing and other security issues.

“Pilots should be the ones providing a verdict on this aspect,” he said. “If they agree that the new outlet is not a safety threat, then the union is ready to back down.”