The first four Stryker M1126 eight-wheeled armoured infantry carrier vehicles were delivered to the Royal Thai Army earlier this week and six more will gradually arrive, in time for the September 12 ceremony to hand over the vehicles to the Army. 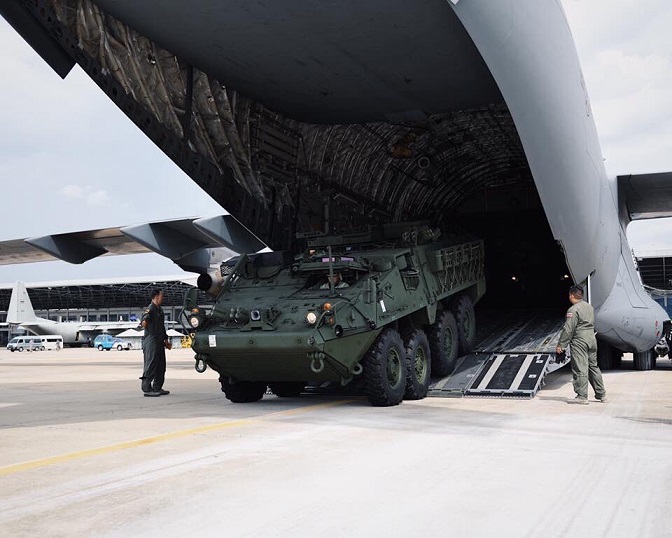 The Thai government had approved the procurement of 37 Stryker vehicles at about Bt80 million each, or a total of Bt2.96 billion, to be commissioned mainly at the 11th Infantry Division in Chachoengsao’s Tha Takiap district and other military units.