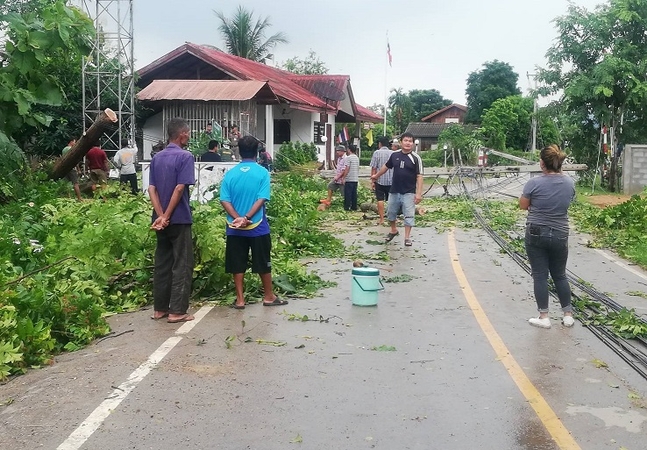 While many parts of Thailand await heavy rains from the influence of storm “Podul”, Sun Men district in the northern province of Phrae got a taste of its wrath early on Friday morning, as it toppled trees and power poles and blew roofs off houses.

Provincial governor Pongrat Piromrat responded by calling an urgent meeting of all district chiefs to prepare workers and tools to aid residents who will be affected from Friday to Sunday by severe weather conditions, and to plan an effective evacuation for riverside residents if necessary. 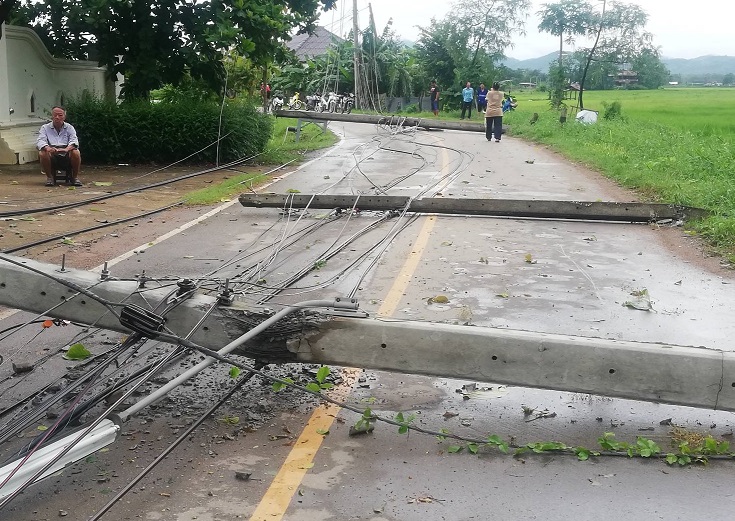 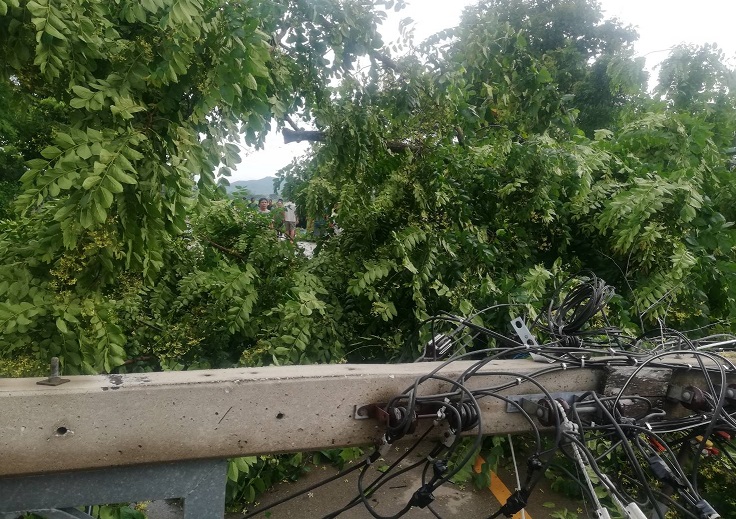 Officials at Nakhon Chiang Mai Municipality diverted 30 per cent of about 300,000 cubic metres of water at the old city moat into the Ping River so as to prepare to absorb Podul’s rainfall, said the municipality's public works division head Wisakha Panyachauy.

Workers were dispatched to dredge drainage pipes and clear away water hyacinths, while official were on an around-the-clock watch for flooding especially of the at-risk roads of Sri Ping Muang, Chang Klan and Suthep (near Ton Payom Market), he added.