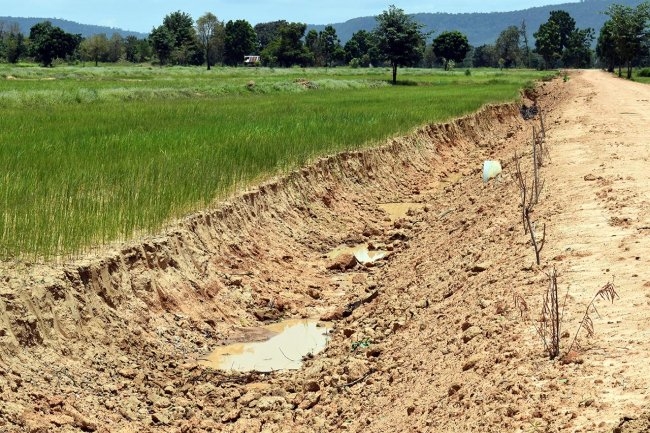 Attending the meeting were 80 locals, representatives of the sugar firm, as well as officials from the water-reservation project, the Marine Department, the Department of Public Works and Town and Country Planning as well as members of the Damrong Dhamma centre.

On August 15, Sikhiu residents launched a protest against the Irrigation Department’s decision to reportedly allow the sugar firm to tap 20,000 cubic metres of water daily from the Lamtakong reservoir despite their area suffering from a severe drought.

At the meeting, the locals also voiced their concerns about the sugar firm invading public areas, such as putting up cement pillars and power poles on the edge of a public waterway. Officials from the town-planning department said the company was indeed trespassing as the law prohibits any constructions within a 10-metre distance from a riverbank.

A representative of the sugar company admitted that some structures invaded public areas and that they will be removed. As for the water consumption, the official said the company had requested for the water before it built the factory in the area.

Meanwhile, Wichian said the authorities will inspect encroaching structures and will present a report on September 4.

Related news: Drought-hit locals up in arms over water supplies to sugar company