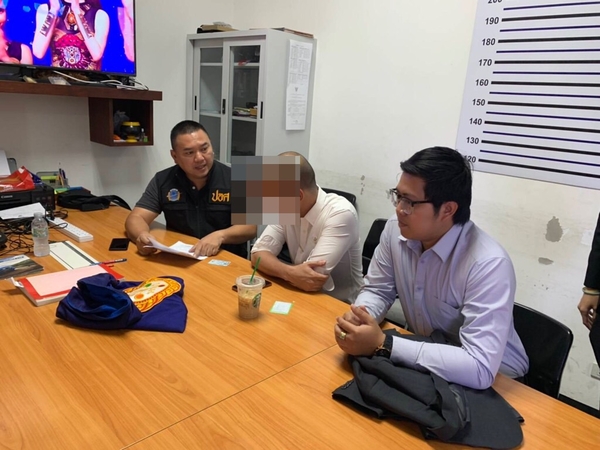 Police from the Economic Suppression Division arrested Sitthichai, a popular actor and singer, while he was serving in the monkhood at Tham Khao Wong temple in Tambon Nam Daeng in Nakhon Ratchasima’s Pak Chong district on Sunday.

Sitthichai was accused of collaborating with 10 others, including two Chinese nationals and a Thai hotel owner, to use fake credit cards made using the stolen identities of credit card holders, at a hotel in Udon Thani 144 times between December 2018 and January 2019.

The credit cards were used via a key-in machine that requires the 16 numbers, expiry dates and three figure codes to be entered.

Police said the owner of the hotel, who was arrested earlier along with two hotel staff, collaborated in the scam. Police said the two Chinese suspects, who have also been arrested, provided fake credit cards for the gang and Sitthichai and other suspects provided fake documents or used the fake cards at the hotel.

The fake cards were used for paying for room reservations of tour groups. The hotel later used reservation documents, photocopies of passports and of the credit cards, all of them fake, to claim money from a Thai bank. When the bank reimbursed money from the banks that issued the cards, it realized that the cards were fake.

After his arrest, Sitthichai denied being part of the scam. He said he was simply told to use the credit cards at the hotel and he thought they were genuine cards.

Sitthichai was defrocked and charged.