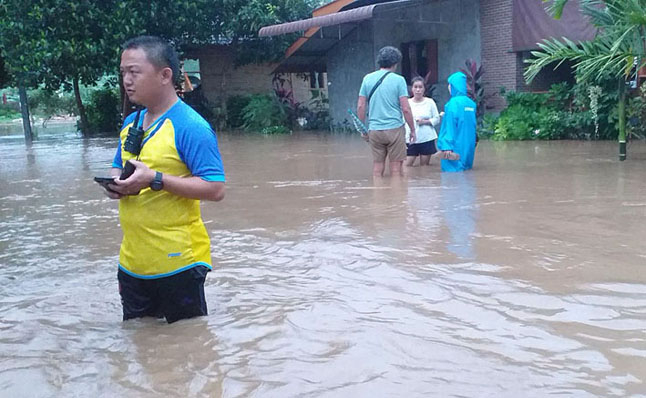 A school for poor hilltribe children in Mae Hong Son’s Mae Sariang district has been hit by mountain runoff and floodwaters, the district chief said on Monday.

The school is for providing education for children of poor families of hilltribe villages in the tambon. It teaches 364 students from kindergarten level to secondary level.

The school building was not damaged but the water inundated teachers’ quarters and the students’ sleeping quarters and wiped out foods supplies.

The district chief said 24 sacks of rice and all dried noodles destined for the children’s meals were damaged. Cans of fish were also under water and they might be wasted, he added. Worse still, 30 hens, whose eggs were used to cook for students, were drowned along with three pigs. The floods and mudslide also damaged a mushroom greenhouse and the vegetable garden.

On Sunday, troops from the Mae Hong Son-based 36thArmy Development Battalion and officials of the provincial administration used heavy machinery to clear the 60-kilometre-long road from downtown Mae Sariang to Ban Phosor village. Over 39 parts of the road were blocked by mud and fallen trees. The road was back in operation by Sunday night.