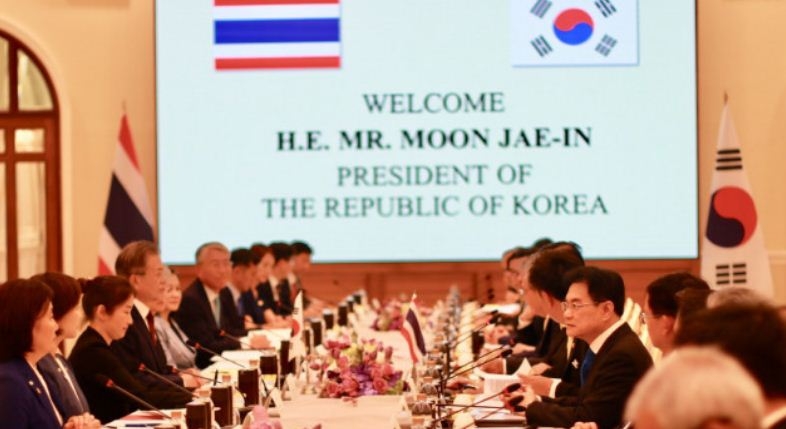 Commerce Minister Jurin Laksanavisith met with South Korean officials and business representatives at Government House today in preparation for the forthcoming talks with the country's trade minister on September 7-8.

He also attended the meeting between Prime Minister Prayut Chan-o-cha and South Korean President Moon_Jae-in on business plans as well as figures and details of bilateral trade.

The two countries recorded a two-way trade volume of US$13,817 last year, with Thailand's exports to South Korea valued at US$4,940 billion, while import stood at US8,876 billion.

Both countries hope to reach a total trade volume of US$21 billion next year.

Jurin said under the Thailand-South Korea Free Trade agreement (FTA), 90 per cent of exports between the two countries have been tariff-free since 2010.

South Korea is expected to ask that tariffs be lifted from the remaining 10 per cent, which will benefit the exports of farm produce to Asean from the country.