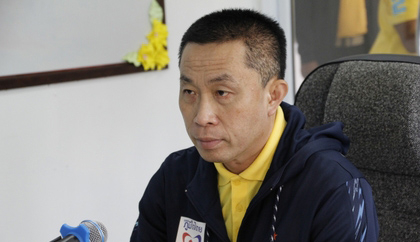 Minister of Transport Saksayam Chidchob said that the first section of the high-speed train project between Bangkok and Korat, under a collaboration of the Thai and Chinese governments, is progressing as planned. “State Railway of Thailand (SRT) already finished contract signing for 12 of the 14 construction contracts,” he said. “The rest are awaiting the bidding process, which should start this month.” All 14 contracts should be signed within 2019, he said.

The two pending contracts are related to the construction of railroad in the Bang Sue-Don Muang section, said the minister. “This section is tricky, since parts of the area are overlapping with another high-speed rail project that links three airports – Don Mueang, Suvarnabhumi, and U-tapao.”

According to Saksayam, SRT will have to wait till the bid winner of that project first commences their work, before they could then commence signing contracts on their part.

Meanwhile, SRT’s acting governor Worawut Mala has revealed that the state railway is planning an August 9 discussion session with CP Group, the bid winner of the three-airport rail link deal. “We will ask CP to start their work in the area by paying out of their own pocket, but they will later be compensated by the contractors of the Thai-Chinese high-speed train project, who will resume their work based on CP’s existing infrastructure” he said.

“All bidding processes should conclude before December 2019, allowing the contract singing of all projects to finish by year end,” said the SRT chief.