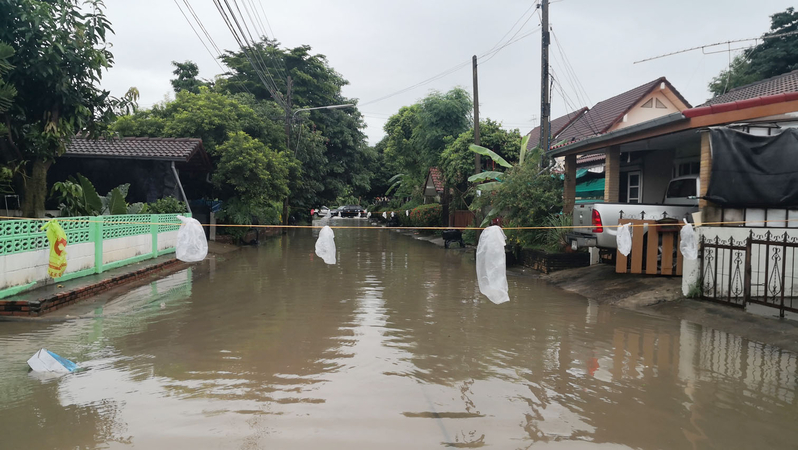 The flash floods prompted local officials and troops from the 12th Cavalry Battalion to rush to help affected villagers move their belongings upstairs or to higher ground.

The downtown of the tambon and the main Den Chai-Phrae road were under water.

Damrongkiart Kittiprapat, deputy mayor of Tambon Den Chai Municipality, said the tambon was hit by heavy rain that began in the evening, with the tambon office alerted at 9pm that the runoff had hit the downtown.

The floodwaters began to subside at dawn.