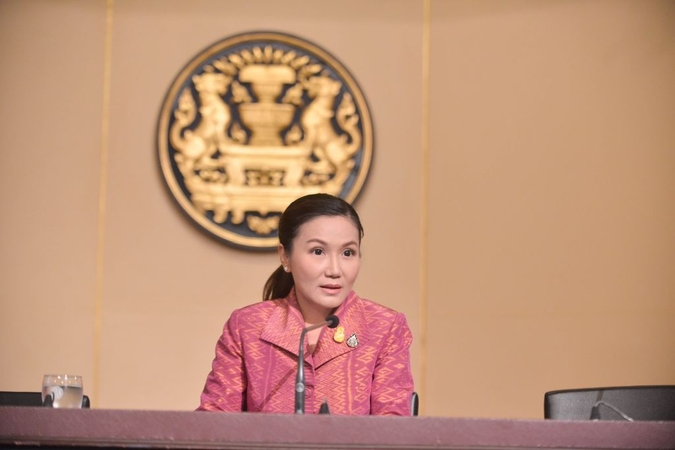 The Cabinet on Tuesday (September 3) gave the green light for an expenditure budget of Bt3.2 trillion in fiscal 2020, up 6.7 per cent from the previous fiscal year, Government Spokeperson Narumon Pinyosinwat said.

The expenditure budget is divided into seven parts in accordance with the seven national strategies.

2. 11.8 per cent, or Bt380 billion, has been allocated for improving national competitiveness;

3. 17.9 per cent, or Bt570 billion, is allocated for development of human resources;

6. 15.8 per cent, or Bt500 billion, is allocated for the improvement of state management;

7. 13.5 per cent, or Bt431 billion, is reserved for unexpected spending in the future such as emergency and debt management.

The budget deficit has risen by 4.2 per cent year on year to Bt469 billion.

The government has set the central budget, a contingency fund, at Bt518 billion.

Of the total central budget, Bt400 billion is for pension

payments to retiring officials and medical expenses of

The budget under the purview of the prime minister has been retained at Bt100 billion, the same as in the previous fiscal year, he added.