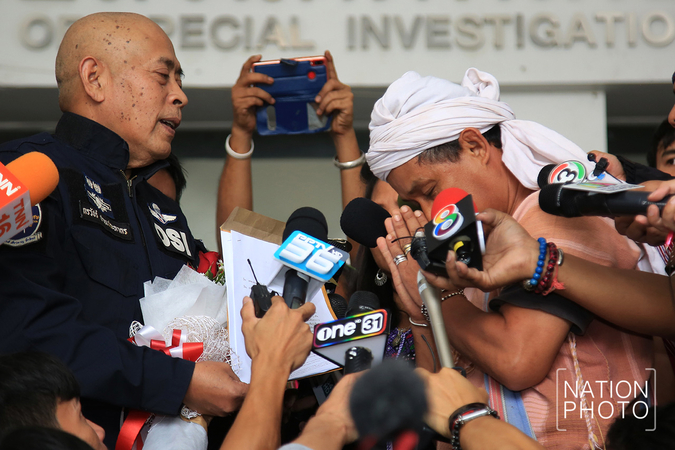 A group of indigenous people in Thailand on Wednesday thank Department of Special Investigation deputy chief Pol Lt-Colonel Korrawat Panprapakorn at the agency's head office in Bangkok for the investigation that led to confirmation of Karen activist Polajee “Billy” Rakchongcharoen's death. (Nation/Rachanon Intharaksa)

The DSI on Tuesday confirmed the death of Billy, who had disappeared in suspicious circumstances five years ago, following the discovery of his bones in a 200-litre oil drum dumped near a bridge connecting Kaeng Krachan Dam in Phetchaburi province.

Paisit said he would send his deputy, Pol Lt-Colonel Korrawat Panprapakorn, to the area to give moral support to Billy's family.

Paisit said the agency had anticipated some people being sceptical of the DSI's findings and that is why they had taken time to check the forensic and circumstantial evidence to be able to make a strong case in court. Paisit cited as an example the mitochondrial DNA -- which is passed from the mother to the child -- test result that showed the bones in the oil drum belonged to Billy. The biological mother's connection was backed by fact-checking, which led to all her children being accounted for except Billy. Paisit said the DSI would take about three months to submit the case report to public prosecutors. The Central Institute of Forensic Science has asked for one month to conduct DNA tests on the 20 bone pieces retrieved from the spot where the oil drum was found, he said.

Meanwhile, a source at the DSI said that after the agency had reported about the bone discovery and test results, some local people had "arranged" for others to perform "Loy Angkhan" rituals, which involves scattering a deceased person’s ashes and bones at the spot where the oil drum was found. The move was seen as attempt to suggest that the spot had been used for that purpose by the locals in order to discredit the DSI report.

Meanwhile, Justice Minister Somsak Thepsuthin instructed Justice Ministry permanent secretary Wisit Wisitsora-at to proceed with remedial measures for Billy's family as per the Damages for the Injured Person and Compensation and Expense for the Accused in Criminal Case Act, BE 2544. He said that though the alleged murder had taken place five years ago, the recent discovery of remains that confirmed the death made Billy’s family eligible for remedial measures. He also urged the DSI to investigate the case well, to get the suspected influential figures punished and to protect the witnesses. 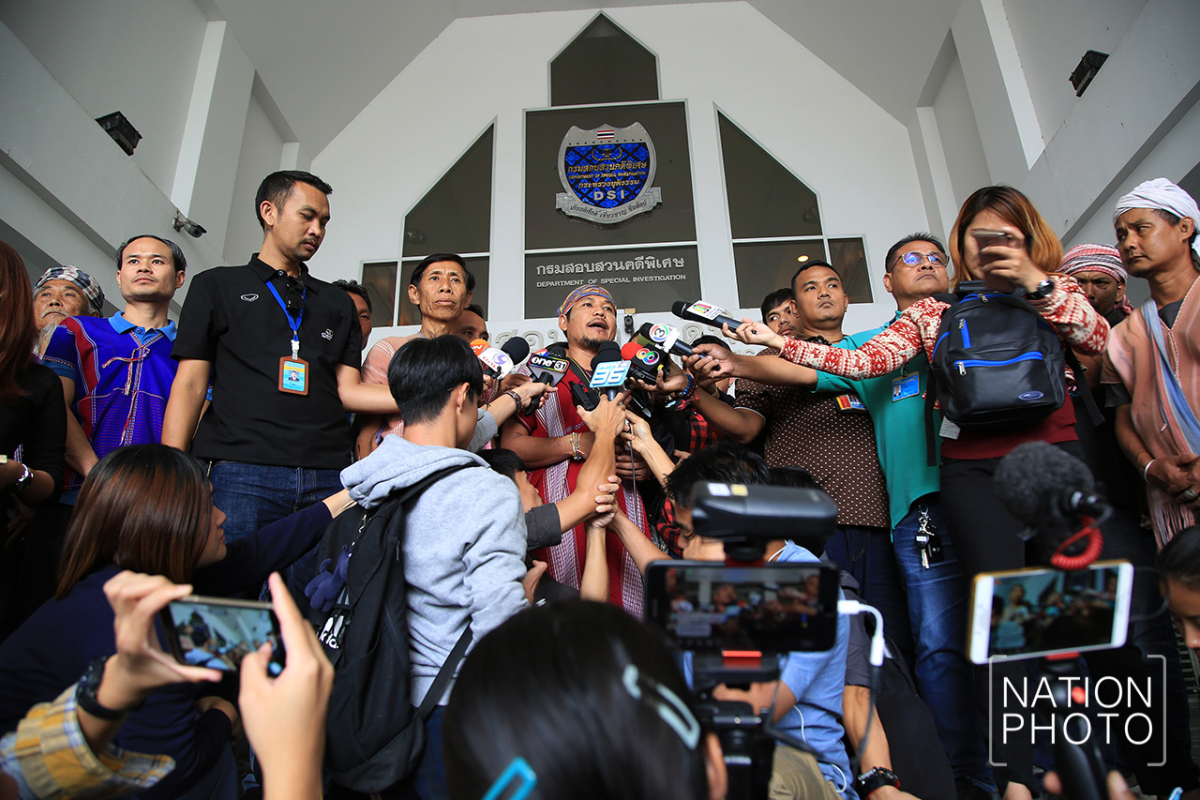 Meanwhile, a group of Karen hill tribes people, along with other indigenous people, thanked the DSI for revealing the truth in Billy’s case.

A board member of the Network of Indigenous Peoples in Thailand, Kriengkrai Cheechuang, on Wednesday presented a flower basket to DSI deputy chief Korrawat. He also handed him a petition that called for a speedy investigation into Billy's murder; remedial measures for Billy's family; an agreement that Thailand would ratify the International Convention for the Protection of All Persons from Enforced Disappearance; and the push for Thailand to pass a new law or amend the existing ones to prevent state officials from abusing their authority and harming the people.

Kriengkrai said his group had no doubt that the people involved in Billy's murder were state officials. He urged the guilty officials to confess to their crime. He also urged Thai society to understand and participate in the resolution of the issue of indigenous people living in forests, as it was their way of life. He said they were not destroying forests like some state officials were trying to impute.