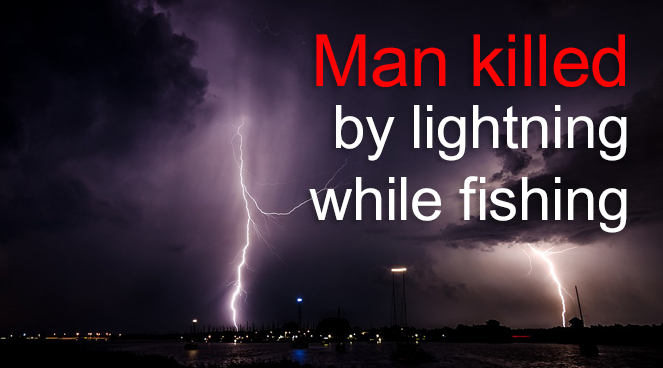 A man was struck and killed by a lightning while fishing from a boat on an irrigation canal in Prachin Buri’s Prachantakham district Thursday night.

The Prachantakham police station was alerted of the incident at 8.30pm.

The victim was identified as Suphan Chantharaphakdee, 52, a resident of Moo 4 village in Tambon Nong Horyor.

His relative, who identified himself only as Niwat, told police that he and Suphan went to fish in the canal near the village in the evening. Niwat said Suphan was on another boat with his nephew.

Niwat said when it started to rain, he covered himself with a canvas sheet. The lightning struck a moment later and the nephew shouted out that Suphan was dead so they came back to the village to alert police.