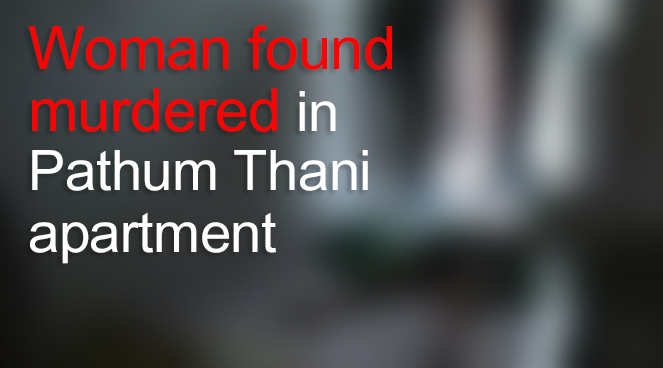 A woman living alone in an apartment room in Pathum Thani’s Thanyaburi district was found dead on Thursday night and police are treating it as murder.

The maid at the Klong Neung Mansion apartment in Tambon Prachatipat found the body and called police at 7pm when she used a spare key to unlock the room. She told police that she had opened the room after the victims’ boyfriend could not contact her on her mobile phone.

She was found naked and with her hands and ankles tied with power cables. A piece of cloth had been tied around her neck. The room had been ransacked and her mobile phone and cash stolen.

The maid, Samniang Hor-okas, 40, said the woman had been living alone in the rented room since June. She received frequent visits from different men though her boyfriend only visited her once in a while.

Police said a security officer of the apartment building saw Penpimol for the last time at 12.01am on Tuesday.

The body was sent for autopsy at Thammasat University’s hospital.