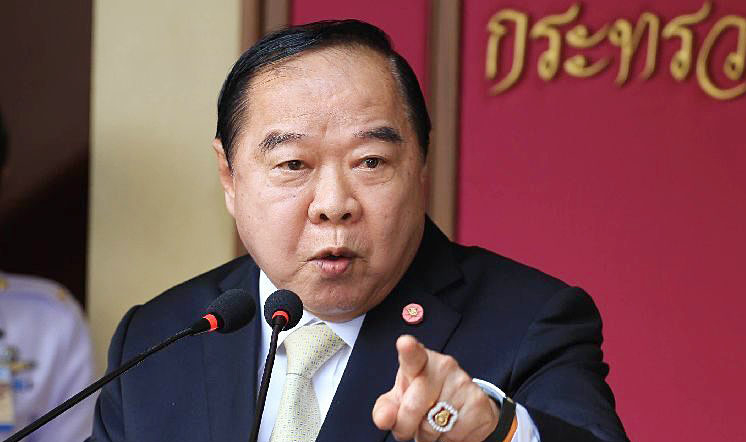 Deputy Prime Minister General Prawit Wongsuwan said he has pacified micro-parties and is confident that they will not leave the 19-partner Phalang Pracharat coalition government.

Prawit was commenting on reports that micro-party partners became dissatisfied over a comment by Deputy Agriculture Minister Thammanas Phromphao, an aide of Prawit’s who is assigned to coordinate with micro-parties in the coalition.

Over the weekend, Thammanas compared himself to a zookeeper in charge of monkeys, saying he had to feed the monkeys enough bananas. Thammanas made the comment after reports that micro partners in the coalition were demanding seat quotas on House panels.

Thammanas’s comment reportedly infuriated Pracha Tham Thai party leader and party-list MP Pichet Sathirachawal who was reportedly planning to hold a party meeting later on Tuesday to consider pulling out of the coalition.

But Prawit said he has talked to Pichet and leaders of other micro-parties and he found that they had no conflicts with the coalition leader and would not pull out.

Prawit is known to serve as the government’s manager.