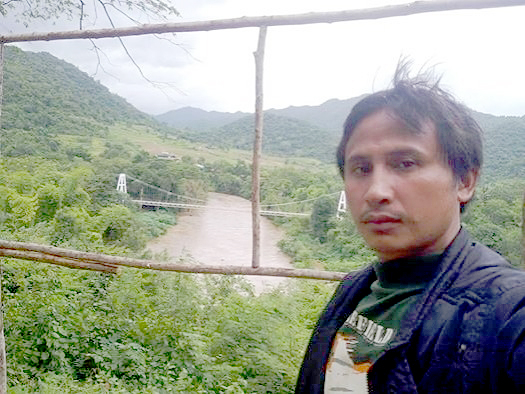 Insisting that the PACC was not dragging its feet, Pol Lt-Colonel Siripong Sritula said his team had submitted its investigation report to PACC in 2017 – before DSI picked up the case in June last year – but, he said, the PACC board wanted further investigation.

Siripong had led PACC’s sub-committee to look into why the then-Kaeng Krachan National Park chief Chaiwat Limlikitaksorn and other four officials who had stopped Billy for allegedly having illegally harvested wild honey did not fine and hand him over to police on April 17, 2014, the day the activist disappeared.

Since the damaged persons had filed a complaint with the NACC and the DSI had obtained more evidence, the PACC decided to submit its findings about the park officials’ alleged dishonest manner of exercising their functions (a violation of the Criminal Code’s Article 157) to the NACC. This report will be passed on the DSI so it can investigate the murder and related criminal offences, he said.

As for Chaiwat’s decision to have officials file a complaint about police officers “threatening a park official or his relative, it was found that Provincial Police Region 7 officer, Pol Snr Sgt-Major Pongsawadee Thaikul, had only called the wife of former park official Boontaen Budsarakham and that the conversation was not deemed threatening. The officer has submitted to the probe committee and was transferred to an inactive post pending a punishment for a minor disciplinary breach, Krissana said.

After the DSI confirmed last week that the missing activist had been killed when his bones were found in a submerged 200-litre oil drum near a bridge leading to the Kaeng Krachan Dam, three of the four park officials (who had stopped Billy before he disappeared), namely Kasem Reurit, Paitoon Chaemthes and Boontaen Budsarakham, were transferred out of Phetchaburi. The fourth official, Krissanapong Chaemthes, had resigned previously.

The former park chief Chaiwat is now director of the conserved area office in the Northeast province of Ubon Ratchathani.

In addition, Prime Minister Prayut Chan-o-cha affirmed on Tuesday that he has instructed the DSI to solve Billy’s case, bring justice to all sides and punish anybody who is involved in the wrongdoing without any discrimination or nepotism.

“I will not take anybody’s side. Everything will be done in line with the evidence, and the DSI will do its best to solve the case,” he said.

The premier's comment to reporters at Government House was in response to the Office of the High Commissioner for Human Rights (OHCHR)’s statement on September 9 calling for the government to speedily solve the enforced disappearance and recently confirmed murder of Billy as well as uphold the right to truth and redress for the victims and their families. The OHCHR also urged the government to urgently adopt national legislation that is in line with international standards, criminalising torture and enforced disappearances and to ratify the International Convention for the Protection of All Persons from Enforced Disappearance.