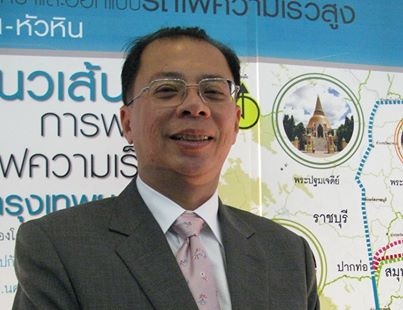 After a thorough field study, the Civil Aviation Authority of Thailand (CAAT) has declared aviation safe the new Central Village mall located near Suvarnabhumi Airport, hoping to alleviate concerns of the Airports of Thailand. At the same time, it has asked the mall's operator to draw up a risk management plan.

CAAT director Chula Sukmanop said the agency had submitted an inspection report to the Airports of Thailand Pcl (AOT) as requested on possible safety impact from the construction of the mall close to the air safety area of the airport.

Chula also disclosed some of the concerns raised by the AOT: possible interference in electronic signals caused by the outlet’s location; possible visibility problems that may affect pilots and aviation safety; and activities that may create smoke affecting visibility for planes landing at Suvarnabhumi International Airport.

As for AOT’s concern over activities at the mall that may attract birds to the airport, Chula said the CAAT currently has no regulations regarding the issue despite the potential threat to planes taking off or landing.

“However, we may pass a law requiring airports to come up with a management plan on animal related hazards".

The CAAT has also forwarded the report to Central Pattana Plc, operator of Central Village.

“We have notified them to submit a report on Central Village’s safety measures on aviation traffic, along with risk assessment and management plans within 60 days after receiving the report,” said the CAAT director.

Meanwhile, AOT’s president Nitinai Sirismatthakarn said AOT and Suvarnabhumi Airport would prepare the safety measures as suggested by the CAAT.