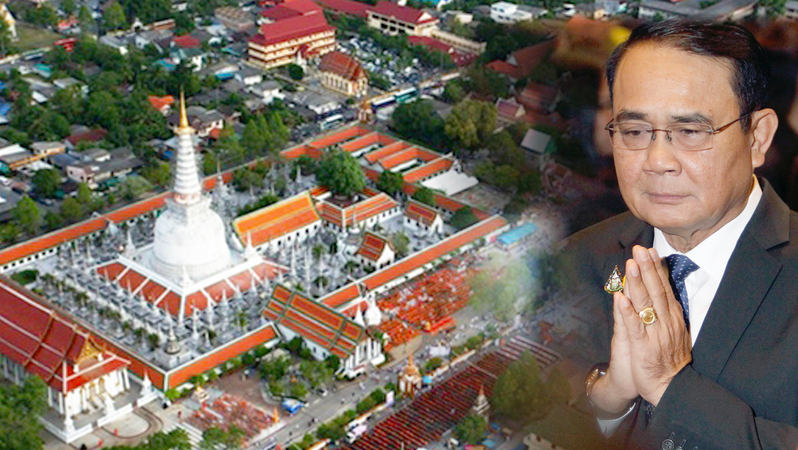 Prayut and his entourage left Don Mueang military airport in a C-130 at 7.15am bound for Nakhon Si Thammarat International Airport in Tambon Pak Poon of Muang district.

Three other Cabinet members, who were initially scheduled to travel with Prayut, were not on the plane. They were Deputy Prime Minister and Public Health Minister Anutin Charnvirakul, Deputy Agriculture Minister Thammanas Phromphao, and Transport Minister Saksayam Chidchob.

Prayut is scheduled to visit the construction site of a sluice gate of the Klong Tha Rua-Hua Trut in Tambon Tha Rua of Nakhon Si Thammarat’s Muang district this morning. The project is designed to prevent floods in the area. The group will then travel to Tha Rua Mittraparp 30 school to meet students and members of the public.

Prayut and his entourage will travel to Koh Samui in Surat Thani this afternoon where they will visit Phawana Phothikhun Vocational School before viewing the progress of the Chawaeng community development project at 4.40pm. At 5.15pm, he will preside over the opening ceremony of the 4th Samui Festival 2019 at Phru Chawaeng public ground in Tambon Bophut.

He and his entourage are scheduled to return to Don Muang military airport tonight at 8.45.