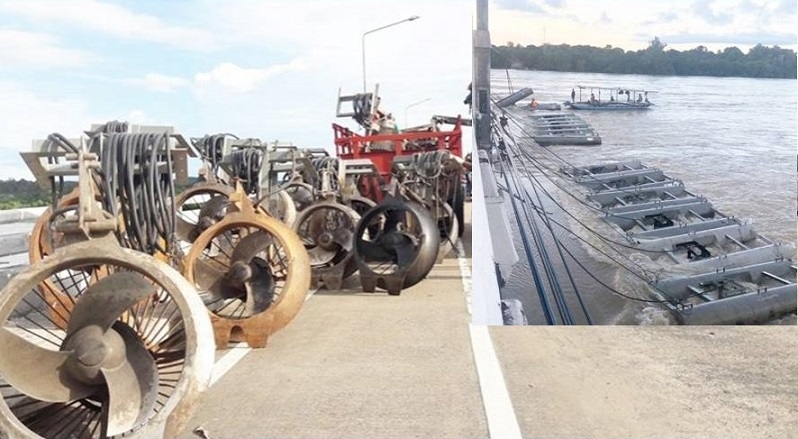 The Royal Irrigation Department is now pinning hopes on 100 propeller pumps being installed to speed the drainage of water into the Mekong River.

Agriculture and Cooperatives Minister Chalermchai Sri-on instructed RID director-general Thongplew Kongchan to establish a centre tomorrow (September 14) to tackle flooding in 25 districts and personally remain on duty there to direct multi-agency efforts to drain off water into the Mekong by month’s end.

With all water-retention areas along the Chi River brimming, from Roi Et to Yasothon and Ubon Ratchathani, propeller pumps have been installed to control the flow while normal pumps drain residential areas, Chalermchai said.

RID deputy chief Thaweesak Thanadechopol said Ubon was worst hit because of runoff from other provinces in the Chi and Mul river basins. He expects the flood level to peak at 15.7-15.8m on Friday between 11am and 1pm, then stabilise and drop.

Somkiat Prajamwong, secretary-general of the Office of National Water Resources, said Prime Minister Prayut Chan-o-cha was worried about the flood creeping towards Muang Ubon. Agencies have been put on alert and soldiers are repairing and strengthening dykes. Somkiat concurred that the water level would peak on Friday and then conditions would improve over the weekend.

Ubon Governor Sarit Withoon chaired an urgent meeting of officials on Thursday night at City Hall following news that the urban area was in imminent danger.

But he told reporters later that the upstream runoff had already stabilised, so the situation wouldn’t worsen.

He said 60 propeller pumps were already speeding the current in the Mul River into the Mekong in Wibul Mangsahan district, and another 60 were alleviating flooding in Khong Jeam.

Sarit dismissed a rumour that Sappasitthiprasong Hospital had been flooded, saying it had only been piling sandbags as a precaution.

Sarit said the flood crisis would be resolved in two weeks and evacuated residents would be able to return home within a month. 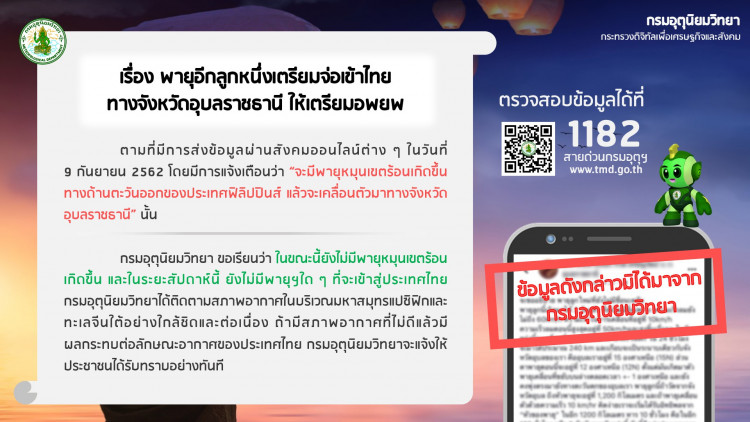 The Meteorological Department dispelled another rumour on Thursday, this time that another storm would hit Ubon between September 10 and 15. It urged people not to blindly accept information forwarded via social media. “There is no tropical storm coming to Thailand this week,” the agency affirmed, directing people instead to its website, www.tmd.go.th, hotline number 1182 and round-the-clock response number 02 399 4012-3.