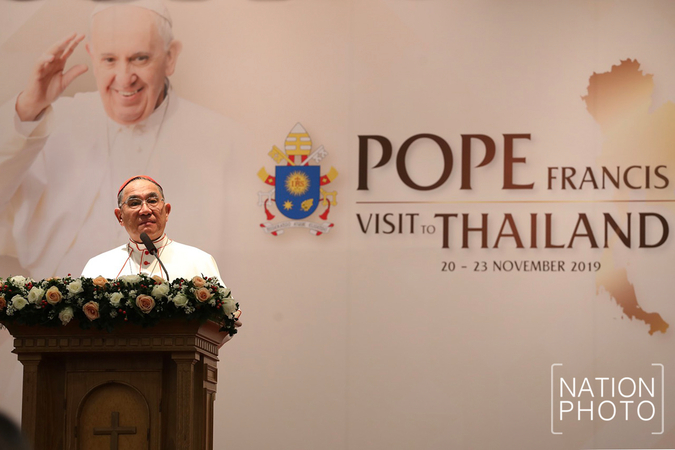 His Excellency Paul Tschang In-Nam, the archbishop of Thailand, and His Eminence Cardinal Francis-Xavier Kriengsak Kovithavanij, president of the Bishops’ Conference of Thailand, officially announced in a press conference held by the Catholic Social Communications of Thailand on Friday (September 13) that His Holiness Pope Francis intends to make an official visit to the Kingdom on November 20 to 23. 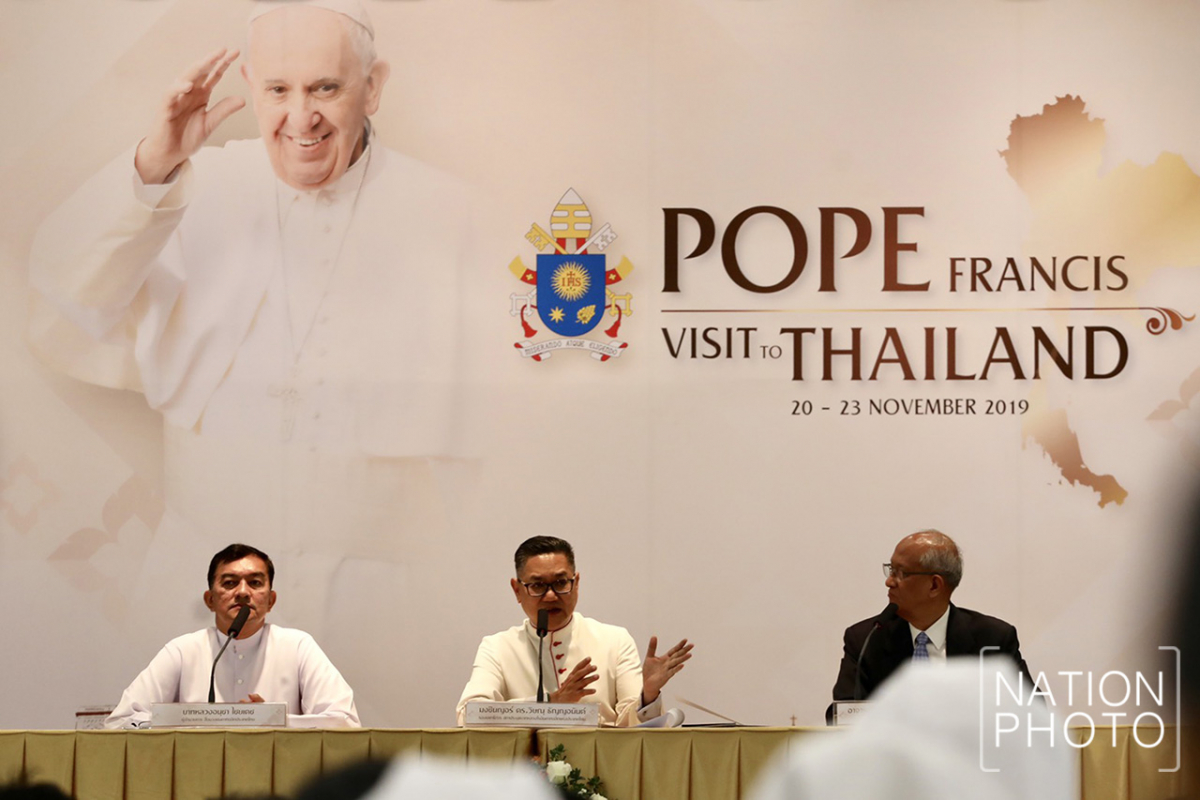 They said the Pope is coming to Thailand as a pilgrim of peace and aims to promote inter-religious dialogue. The Pope will also preside over two public Masses – one for general Thai Catholics and another for Thai Catholic youth.

His Holiness will also lead religious ceremonies and visit Catholic communities during his time here, before heading to Japan from November 23 to 26, where he is scheduled to visit Tokyo, Nagasaki and Hiroshima.

More details of the Pope’s visit to Thailand will be provided at a later date.