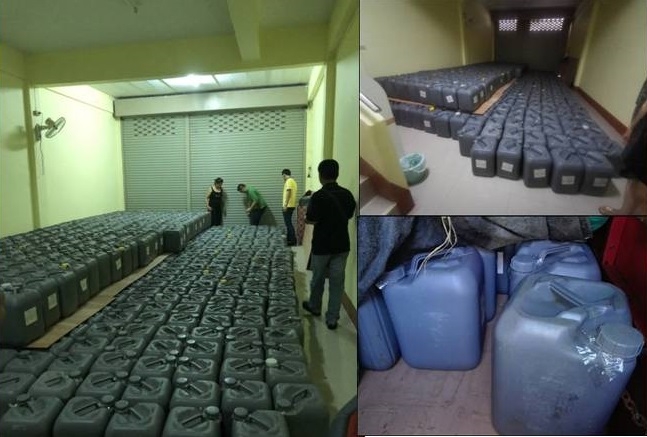 More than 25 tonnes of hydrochloric acid were seized earlier this week from the Myanmar border town of Tachilek and Chiang Rai's Mae Sai district through the joint efforts of Thailand's Office of Narcotics Control Board (ONCB) and their Myanmar counterparts.

Niyom said the Myanmar authority had arrested six suspects and seized 10,350 kilograms of hydrochloric acid from a rented house in Tachilek early in the week. The ONCB was alerted after the suspects reportedly told Myanmar police that the acid was from Mae Sai. The agency led Army and police officers to the suspected site and seized another 15,100 kilograms of hydrochloric acid from a house in Mae Sai, Niyom said.

The ONCB chief said the Provincial Police Region 5 and the Department of Industrial Works were now checking to see if this batch of acid had the necessary permit as hydrochloric acid is a Category 3 substance under the Hazard Substances Act BE 2535 (1992). They initially found that there was no permit for possession, import or export.