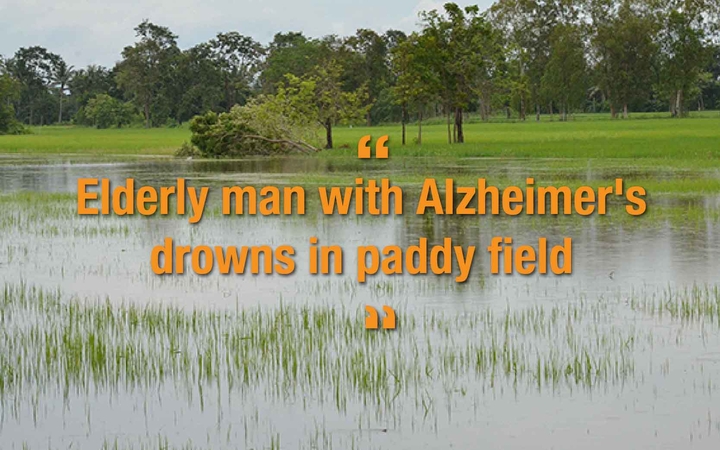 An elderly man with Alzheimer's was found drowned in a paddy field in Surin’s Tha Tume district on Sunday afternoon. He had apparently strayed from his home and had been out for about an hour, police said.

The Tha Tume police station was alerted at 2.45pm that Samin Suparp, 85, had been found drowned in a paddy field near his Moo 1 village in Tambon Tha Tume. He was found lying face-down in the knee-deep water.

His body was sent to the district hospital for autopsy.

His daughter, Thanit Suparp, 55, told police that her father was suffering from Alzheimer’s and he often walked out of the house to the paddy fields.

Thanit said he left home at 1pm. When he had failed to return an hour later, his children and grandchildren went out to look for him and found the body.