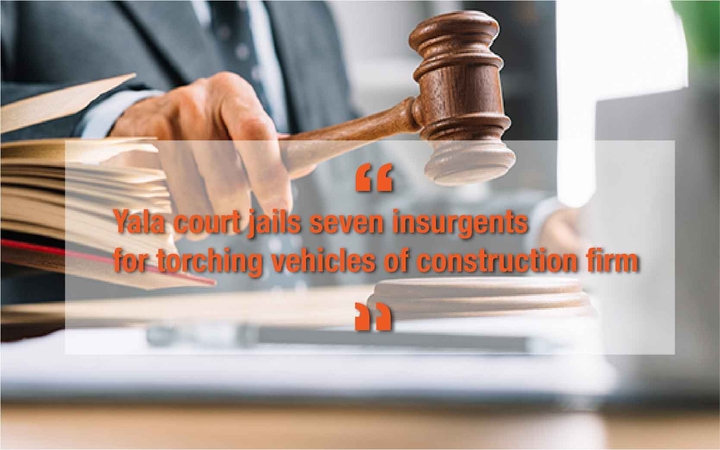 The Yala provincial court has sentenced seven Muslim insurgents to 21 years in jail for torching vehicles belonging to a construction firm in 2017.

The seven were arrested after a group of more than 20 insurgents launched an arson attack at the Shinnaworn Yala Construction in Tambon Lidol in Yala’s Muang district at 12:15 am on February 16 2017.

The fire damaged a bulldozer, a tracker, a car and four pickup trucks.

Police later learned identities of nine suspects and managed to arrest seven of them.