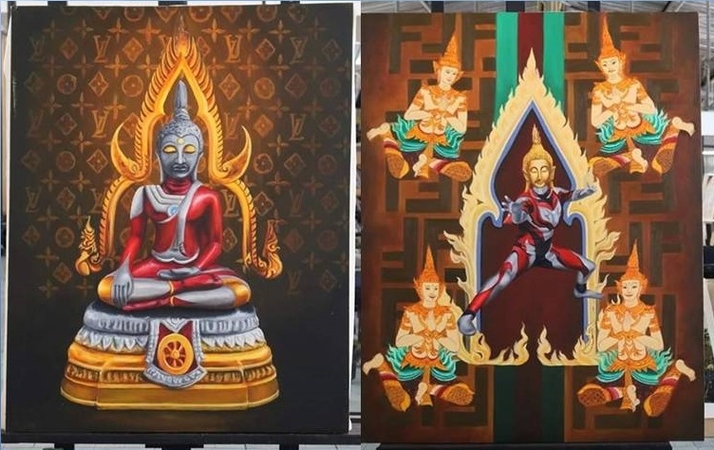 A group calling themselves “Chao Phut Phalang Phaendin” (Buddhists who are the power of the land) on Monday dropped their police complaint against a fourth-year university student for depicting Buddha as an Ultraman superhero in four paintings that were on display at a Nakhon Ratchasima shopping mall early this month.

Jaroon said that his group had suspicions that the controversial paintings might carry secret codes and so believed an ill-intentioned gang of people was behind them while the student, the mall executive, the national artist and the famous lawyer were just victims – tools being used by the gang.

He said the group urged police to check information regarding the paintings and had filed a police complaint against at least two people, whom he declined to name in order for police to be able to conduct inquiries on various matters including whether the art violated Ultraman copyrights.

Jaroon said police would conduct an inquiry into the two to see if they were involved in wrongdoing. He said the group would continue its role as the self-declared protectors of the religion, so as to prevent the proliferation of works claimed to be creative art but containing Buddha images doctored with animals.