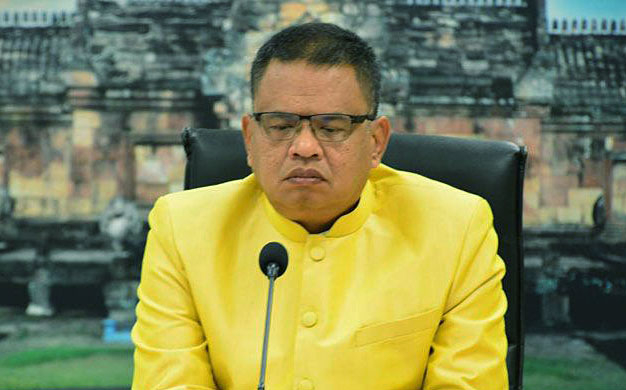 His Majesty the King graciously sent a wreath to the funeral of a tambon councillor and volunteer who fell sick and died after bracing the floodwaters to help victims in Ubon Ratchathani.

Damrongsak was a member of Tambon Ban Kruad Council and volunteered with the Sawang Janyatham Foundation.

When Buri Ram was hit by devastating floods, Damrongsak joined his foundation in helping flood victims but later fell sick and died. Doctors diagnosed a severe lung infection as cause of death.

In addition to sending the wreath, the King ordered that a temporary kitchen be opened at the house to provide food for mourners attending the rites for two days.

His Majesty also graciously granted a permission for the cremation of Damrongsak to be royally sponsored. It takes place at Wat Ban Kruad at 4 pm on Wednesday.