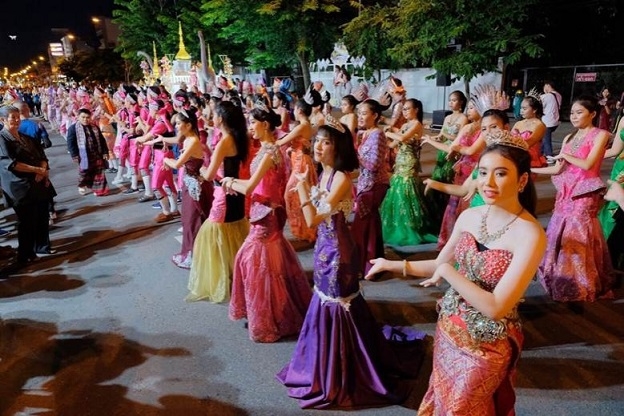 By Sumalee Suwannakorn
The Nation

The president of the Citizen’s Anti-Corruption Network Khon Kaen urged the provincial governor to suspend payment to the organisers of Mor Lam Carnival 2019, which took place between September 6 and 8, amid an investigation into alleged irregularities in the spending of the hefty Bt27.4-million budget.

If the network’s request is ignored, Tul Prasertsilpa warned, he would petition the Office of the National Anti-Corruption Commission (NACC) in Bangkok.

Tul submitted the request to the governor through policy analyst Chamnan Thongdee at the Khon Kaen Damrongtham Centre on Tuesday morning.

The group wanted the governor to suspend payments for the organising of the controversial event pending the result of the investigation.

Tul said suspension of the payment would be in the country’s interest until it became clear who or which organisation was responsible for this “unworthy budget spending”.

He also revealed that he had previously urged the regional offices of the NACC and the Office of Public Sector Anti-Corruption Commission to suspend the officials who approved the project, including the provincial governor, because they could allegedly tamper with any evidence, which could affect the investigation.

“Throughout the three-day festival, I observed that the facilities and work didn’t match the budget. The venue was a mere field in front of city hall, so there was no rent involved, and the tents could be used throughout the period, so there should be no additional costs. The singers also didn’t have a full band. With such results, the cost should have definitely been way under Bt27.4 million,” he said.