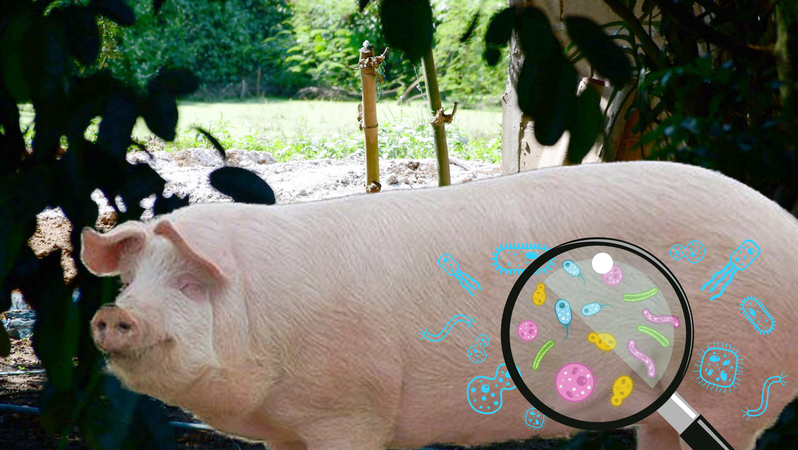 Officials said some 200 pigs in Chiang Rai’s Mae Chan district have been culled as a measure to prevent an outbreak of African swine flu but the ASF virus has so far not been detected on Thai soil.

Officials came out to reassure Thai consumers following reports that some 200 pigs in Ban Mai Pattana village in Tambon Pasang of Mae Chan district had been culled and buried.

On Tuesday, Nopporn Mahakantha, chief livestock development officer, confirmed the culling of the pigs. He said tissue samples of the pigs had been sent for lab analysis to see whether they have been infected with the ASF virus or not.

Nopporn said the pigs apparently appeared listless and disinterested in eating because breeders had used the wrong medicine to treat their sick pigs.

“However, for peace of mind, officials took sample of tissues of the pigs for lab testing and culled all pigs within a five-kilometre radius,” Nopporn added.

Officials took the preventive measures after reports that an ASF outbreak occurred on the Tachilek side of the border in Myanmar across from the Mae Sai and Ruak rivers, prompting Myanmar farmers to dump their dead pigs in the two rivers on September 3.

He said if pigs have symptoms similar to ASF sickness, officials would buy all the pigs at the farms for culling as preventive measure.

“I would like to emphasize that the ASF does not spread from pigs to humans and the disease has not been detected in Thailand so far,” Sorawit added.

Chiang Rai deputy governor Passadej Hongladarom said no ASF virus has been detected in his province but officials have bought sick pigs in the five at-risk districts of Mae Sai, Chiang Saen, Mae Chan, Wiang Kaeng and Thoeng for culling as a preventive measure.

He said the monitoring measures had also been expanded to Chiang Khong, Mae Fah Luang and Wiang Chiang Rung districts.