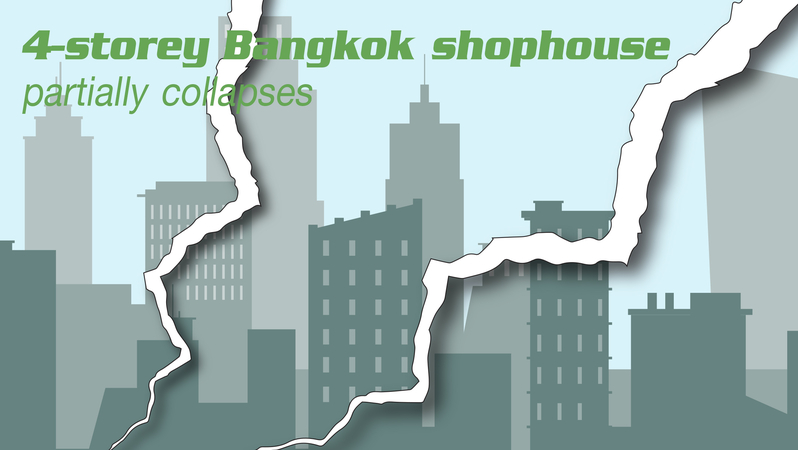 No one was injured as the three-unit shop house spread over four floors on Soi Charansanitwong 96/2 in Bang Or subdistrict had been empty for a while.

Officials said the fourth and third floors collapsed onto the lower floors, causing glasses and pieces of wood and concrete to fall on the soi.

The collapse occurred during heavy rain and strong winds.

Police and Bang Plad district officials rushed to the scene and erected a barricade to declare the building off-limits pending checks by engineers as to whether the entire building will have to be demolished or not.